Beer Pong Survey: The Most Popular Habits And House Rules Of The Time-Honored Drinking Game 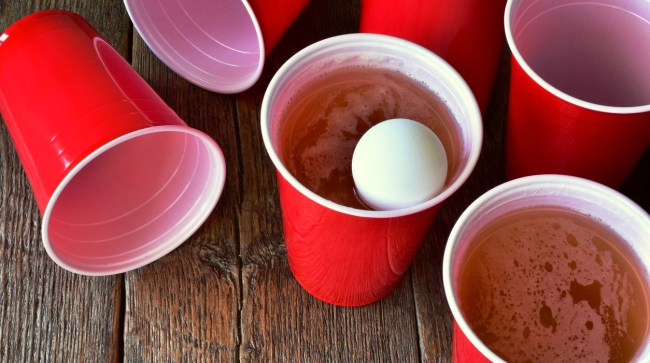 Beer pong is one of the few activites in the world that you’d have a harder time finding someone who hasn’t played it than a person who has. Pretty much everyone, at one point or another in their lives, has played at least one game of beer pong. Heck, even tennis legend Serena Williams played a little beer pong at Prince Harry and Meghan Markle’s Royal Wedding reception (and dominated).

All that being said, there is no stone-cold, lockdown universal way to play. Which is why the fine folks over at Hangover Heaven took it upon themselves to conduct a very informative beer pong survey that takes a deeper look at the habits and house rules of the always popular drinking game.

Here are some of their key findings:

• Craft beer is the top choice for both men (45.5%) and women (40.5%) when playing beer pong.
• The cheapest beer available comes in second (31% men / 28% women).
• Liquor is third on the list when it comes to choosing beer pong liquid refreshment (13% men / 18.5% women).
• Women are two-and-a-half times more likely to play with a romantic partner than men.
• Most beer pong players play three to four games in a night, but men are 63% more likely to play five or more games in a night than women.
• The most common rules are: one re-rack allowed, cups are one-third filled, and the automatic win condition is both balls in the same cup.

Take a look at the rest of the results of Hangover Heaven’s beer pong survey below and see if the responses match up with how you like to play. 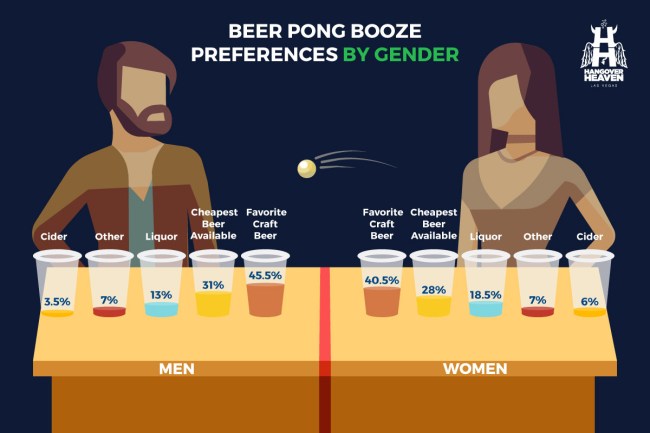 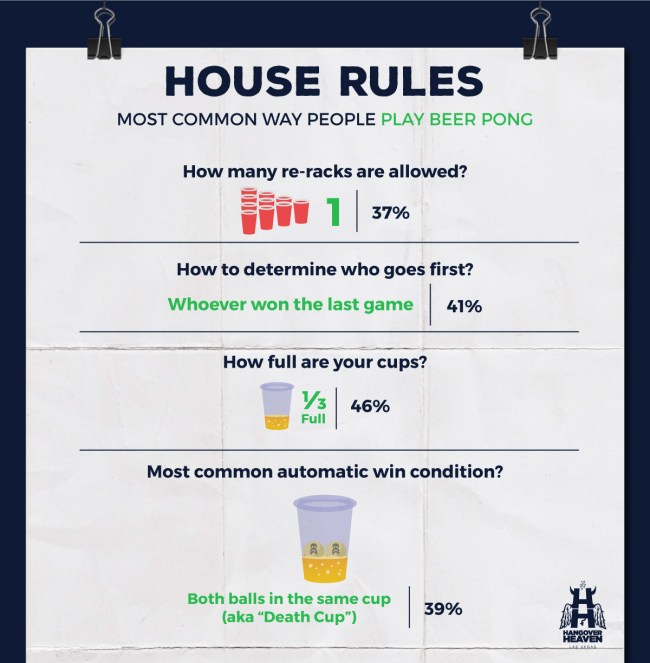 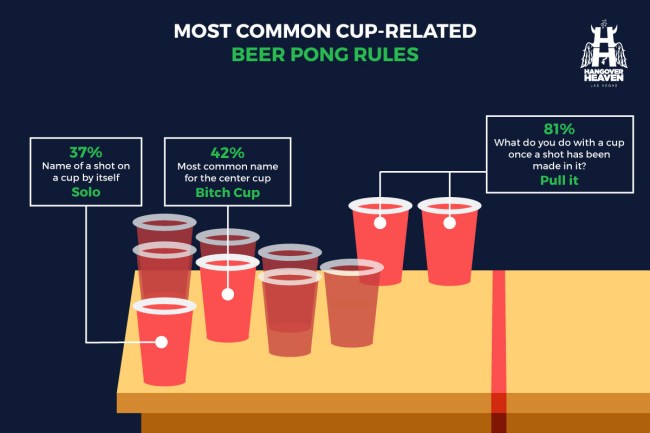 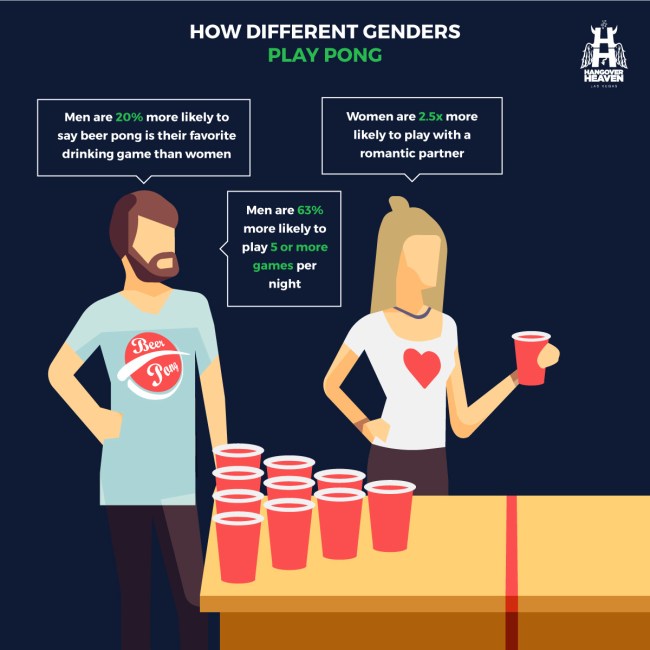 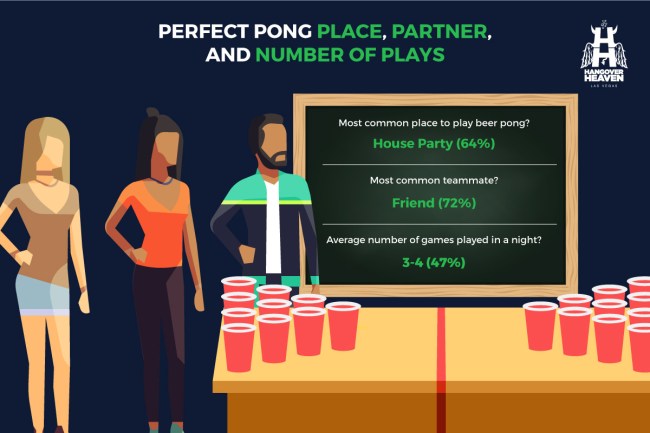