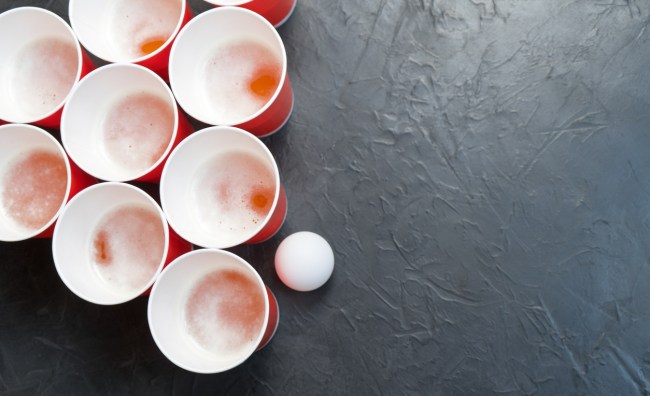 If you happen to have an obsession with the British monarchy (or are a just huge fan of prop bets), then there’s a good chance you set an early alarm for Saturday morning to watch the wedding of Prince Harry and Meghan Markle, who made an impressive pivot from acting on Suits to becoming a member of the royal family in just a few shorts years.

The ceremony was about as stuffy as you’d expect (although Will Farrell’s commentary made it slightly more bearable) but it turns out the reception was one hell of a time. Only 200 people got an invitation to the event and based on some stories that came out of the night, the guest took the opportunity to let loose after a day filled with slightly less enjoyable traditions.

You can find a full recap of the afterparty on outlets that got a little into covering the wedding and its related events, but one particular anecdote stood out among the rest. According to Business Insider, guests had the chance to play beer pong at the reception, and there was apparently one famous athlete in attendance who crushed the competition: Serena Williams.

The report is based on a quote from an unnamed attendee who said, “Sere­na Williams played beer pong like it was tennis.” While I could see basketball players have a distinct advantage, I’m not exactly sure how swinging a racket translates to having formidable beer pong skills. With that said, I think then tennis legend can now be officially considered a multi-sport athlete.