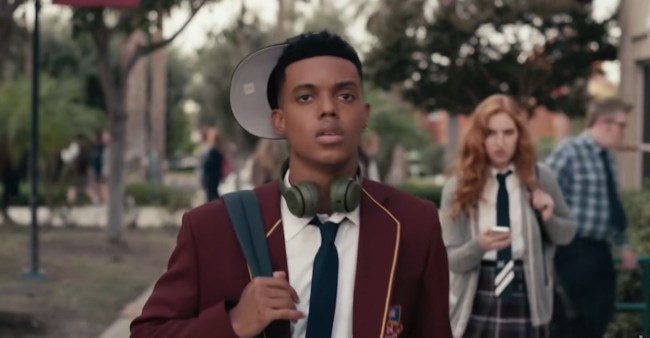 We’re going to open this article with a discussion about The Book of Boba Fett, Disney’s latest venture in making live-action Star Wars television. But first, a disclaimer: I love The Mandalorian and think, alongside Rogue One, it’s the best that Star Wars has been in my lifetime. So take that for what you will.

But The Book of Boba Fett, so far — two of its seven episodes have been released — feels hollow and momentumless. While the pilot of The Mandalorian managed to inject itself with pop-cultural steroids, thanks to the appearance of Baby Yoda at the end of the episode, and make itself a television phenomenon, The Book of Boba Fett has yet to accomplish that same feat. And maybe it will, but that’s not the point: the point is that I felt Boba Fett’s storyline, which has been far more exciting when tracing its past versus plotting its future thus far, would’ve been better served as a subplot in season three of The Mandalorian.

The Mandalorian has had eight episodes per season so far — why not jump it up to ten or eleven and commit the extra hours to Boba? Because money, that’s why, and specifically, money made through streaming service subscriptions. Ultimately, The Book of Boba Fett, currently feels like it was made simply to fill a content quotient on a streaming service and not because it had a progressive story to tell.

Disney is certainly not alone in this habit, as all of the major streamers do the same thing, some more successful than others. It’s why there’s going to be an Agatha Harkness series on Disney+ and why Netflix just announced they’re remaking The Raid — the greatest action movie of all time — with the director of the fucking Hitman’s Wife’s Body Guard. It’s why DC Films CEO Waler Hamada has publically said: “With every movie that we’re looking at now, we are thinking, ‘What’s the potential Max spinoff?’”

That is, of course, both a gift and a curse. On one hand, for fans, it means more takes and versions of characters and stories they love. But on the other, given the speed and frequency at which these projects are produced, an inevitable, and potential perpetual, dip in quality is always on the horizon.

This is, all to say, that the first trailer for the “dramatic reimaging” — which is marketing speak for the “gritty reboot” trope that Christopher Nolan popularized with Batman Begins — of The Fresh Prince of Bel-Air, simply titled Bel-Air, is here.

What, and I cannot stress this enough, the fuck is this mess https://t.co/NmmXAvjXEc

Can't wait for FELD, a gritty dramatic reboot of the classic sitcom #Seinfeld.

Jerry's a serial killer. Kramer hears voices. Elaine is a kleptomaniac with a fentanyl addiction. And George ate his parents. Naturally, Newman went postal and is now on death row. https://t.co/KPPTzfHUEu

even if i'm not sure I really understand why this project is a good idea https://t.co/9vs9nx9ua2

🎵 Now, this is a story all about how
Peacock needed content, a new cash cow
But please hold up for a minute
Just sit right there
I'll tell you how the thought of new IP was terrifying and they had to mine your childhood for an as-yet untapped nostalgia vein 🎵 https://t.co/ZtEIxkm5k2

You know how websites like College Humor would put out fake trailers for nostalgic movies/tv shows & present them as some gritty reboot? Well, this is what it felt like after watching this. https://t.co/sAKFdq3ijO

this looks like the la version of riverdale but without that one white kid getting murdered https://t.co/vBb7kByDi0

Wasn’t sure about it but this looks really good. If we are going to reboot, let’s reimagine too.
Also, Queen Coco looks GORGEOUS! https://t.co/CtuuAs9zqs