Ben Affleck Responds To Criticism Of His Alcoholism/Jennifer Garner Comments, Says They Were Taken Out Of Context 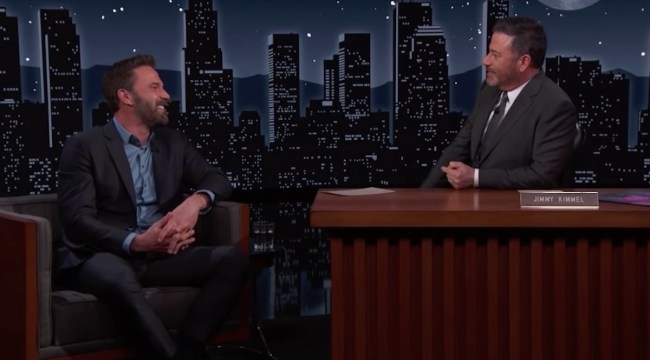 Earlier this week, we brought you the story of some comments that Ben Affleck made while appearing on The Howard Stern Show that upset a large portion of the internet, as the Academy Award winner stated that we would “probably still be drinking” if he was still married to his ex-wife Jennifer Garner.

“We probably would’ve ended up at each other’s throats. I probably still would’ve been drinking. Part of why I started drinking was because I was trapped,” Affleck told Stern on Tuesday. “I was like, ‘I can’t leave because of my kids, but I’m not happy, what do I do?’ And what I did was [I] drank a bottle of scotch and fell asleep on the couch, which turned out not to be the solution,” Affleck said.

He also acknowledged how good of a mother Garner is during his discussion with Stern.

“We had a marriage that didn’t work. This happens. She’s somebody I love and respect, but to whom I shouldn’t be married any longer. I knew she was a good mom, and I hoped she knew I was a good dad. I had to get sober, and I acknowledge that.”

Affleck, however, came to his own defense on Wednesday night and explained to his pal Jimmy Kimmel that the remarks were taken out of context, as he spoke to Stern for two hours:

“One of these websites had done the clickbait thing. I looked on it, and they had literally taken the conversation that I had had for two hours and made it seem as if I was saying the exact opposite of what I had said. I had gone on… said how much we respected each other, cared about each other, cared about our kids, put them first. It said that I had blamed my ex-wife for my alcoholism, that I was trapped in this marriage, just made me out to be the worst, most insensitive, stupid, awful guy.” [via Jimmy Kimmel Live!]

Disregarding his comments about his ex-wife, Affleck certainly has a point about the way in which comments are taken out of context in the current modern age of media. Many members of the media will largely disregard the larger context if they feel zooming in on a particular portion of a soundbite can increase their page views.