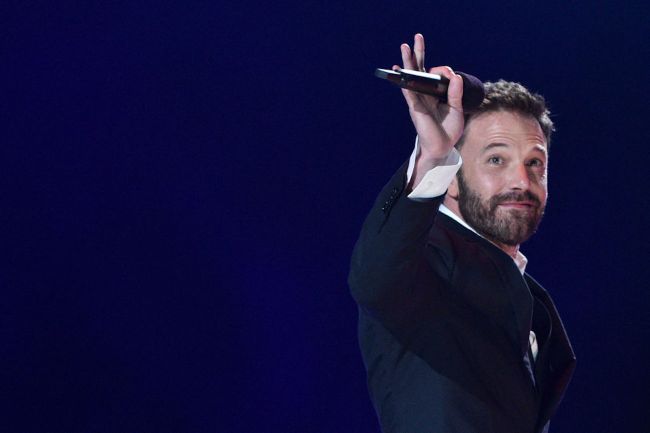 Ben Affleck is, put simply, my hero. I aspire to be Ben Affleck… for reasons that largely have nothing to do with acting. Is he a solid actor? Sure. His starring role as basically himself in The Way Back was great. But the appeal of being Ben Affleck comes from everything that surrounds his career. It’s the winning an Academy Award with his buddy Matt Damon in his mid-20s. It’s his aggressive Bostonness. It’s the fact that he loves rippin’ heaters and chuggin’ Dunkin Donuts, usually at the same time. Don’t even get me started on the fact that he reportedly “handpicked” Emily Ratajkowski for her role in Gone Girl. But, most of all, it’s his irreproachable dating history that’s seen him land some of the finest women in the country over the last two-plus decades that makes Affleck such a dude legend. Pound-for-pound, Affleck’s love life has been as just strong as the legendary likes of Leo DiCaprio and Derek Jeter.

If you wind the clocks back to the late 90s, you’ll find that Affleck was dating Oscar winner Gwyneth Paltrow right around the time of his Good Will Hunting success. Following their split, he then moved onto Jennifer Lopez, who was, quite obviously, on top of the world in the early 2000s.

The Academy Award-winning director then spent the next decade or so married to Jennifer Garner before mixing it up with a couple of producers and Playboy models before landing with Ana de Armas, arguably the hottest — both literally and in terms of her career trajectory — actress in the world right now.

Once the de Armas fling ended, Affleck found himself back with his old flame J-Lo — essentially 20 years after they were first together — thus resulting in this truly glorious, obviously post-coital photo of the 48-year-old leaving her house the other morning. What’s the photography equivalent of the Pulitzer Prize? Because this piece of art deserves it. Keep living the dream, Ben. I can only hope to one day join you in Valhalla.

there is not a single paparazzi photo of Ben Affleck that hasn’t made me laugh https://t.co/WzoM4Mmdw2

remember where he came from, it gets better everyone https://t.co/74j27mipxA pic.twitter.com/VQhAOvyMbV

Congrats on the sex https://t.co/4HqNiKcHHC

down horrendous to up tremendous. inspiring https://t.co/lcF8VmSScV

"Why, yes, I DID clap those cheeks, thank you very much" 😉 https://t.co/PIRalUeGhj

Me after (1) sip of Modelo Negra. https://t.co/Lwz4xbzmhw

Me when I have just fucked Jennifer Lopez https://t.co/afChB2MstG

pov: im hungover in your drive thru https://t.co/KIbLyYfQOK