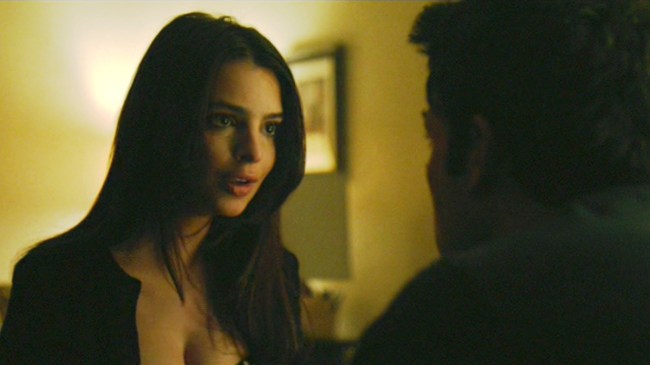 Normally, writing about something that happened five years ago is not necessarily considered a “best practice” in the content game, but under the guise of #TBT, I just felt compelled to share this with y’all, because it well and truly made me laugh.

Five years ago — prior to his ultimately disastrous run as Batman (Batman v. Superman: Dawn of Justice was alright, but Suicide Squad, and *especially* Justice League were pure dog shit) — Ben Affleck was in the midst of a torrid career revitalization, as he headlined the critically acclaimed David Fincher-directed film Gone Girl following star turns, and award-winning directorial efforts, in The Town and Argo (Argo won Best Picture at the 2013 Academy Awards).

“But Eric, how is this relevant to today?” Well, I’m getting there.

This past week, The Ringer’s excellent The Rewatchables podcast took a look back at the iconic Fincher thriller, taking a deep dive into everything about Gone Girl, including how internationally-known model Emily Ratajkowski landed the part of Andie Fitzgerald. And wouldn’t ya know it, turns out she was personally recommended by Slick Benny himself!

In a 2014 GQ piece, there’s a tidbit from director David Fincher — known for iconic films such as Se7en and The Social Network — about how the previously unproven actress got the part in the prestige film:

“I was talking with Ben and what I wanted for the Andie role was someone who could be incredibly divisive among men and women in the audience,” the director [Fincher] says. “We needed somebody where, at the moment she appears, the women are going, ‘That is unreasonable and despicable.’ And you also have the men going, ‘Yes, but…’ And so Ben said, ‘Yeah, like the girl in the ‘Blurred Lines’ video.'”

Let it be noted that Affleck handpicked the woman with whom he’d endure Fincher’s “several dozen takes” of make-out sessions.

And that — that right there, ladies and gentleman (although I’m assuming mostly gentleman) — is why Ben Affleck is, and always will be, beloved: the dude knows what he wants and has no shame about it.

Want to enjoy some tobacco? Affleck has no problem ripping countless heaters right in front of paparazzi.

Want to get an insane phoenix-rising-from-the-ashes back tattoo? Affleck parades that shit around on the beach like he’s lounging at his private pool.

Want to do a bunch of hook-up scenes with one of the most beautiful women in the world? Affleck personally recommends her for the movie he’s starring in.

That, folks — for better or for worse — is Ben Affleck.