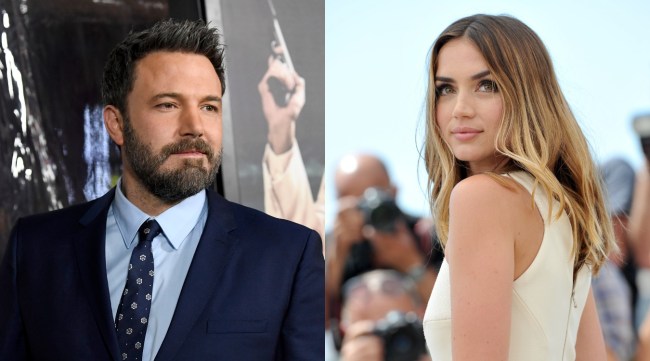 Back at the beginning of the year, when a new trailer for The Way Back dropped, I promised you all that The Ben Affleck Redemption Tour (Part 2) was well and truly underway.

“But now, fellow movie lovers, I am thrilled to report that The Rebirth of Ben Affleck Part Deux has begun as his next flick — Gavin O’Connor’s The Way Back — looks like a proper, proper tear-jerking redemption film,” I wrote.

“Tatted-up Slick Benny battling alcohol addiction and personal demons as he coaches a group of ragtag yet inspired high schoolers to glory? Sign me all the way the fuck up. Like Coach Carter if Samuel L. was the one who needed soul-saving. Affleck was born to play this role.”

As it turns out, I was correct, as The Way Back not only boasts an 85% critic score on Rotten Tomatoes (and an 84% audience score) but most of the positive reviews focus on Affleck’s film-carrying performance.

Ole Slick Benny isn’t done for the year, though, as he has two more films scheduled to be released before the end of 2020, both of which sound like they have potential.

The first, which we’ve written about on this website before, is The Last Duel (which also stars Matt Damon and Adam Driver) and the other is Deep Water, which also stars… Ana de Armas.

And that, folks, brings us to the point of this article: reports indicate that Affleck and de Armas have vacationed to Cuba together because they’re dating.

Ladies and gentlemen, that is simply the work of a GOAT right there. This dude was dating Jennifer Lopez two decades ago, got married to Jennifer Garner in between, and is now dating arguably Hollywood’s most sought-after young actress.

Folks, if you needed further proof that Slick Benny is all the way BACK, this is it. The king has returned.