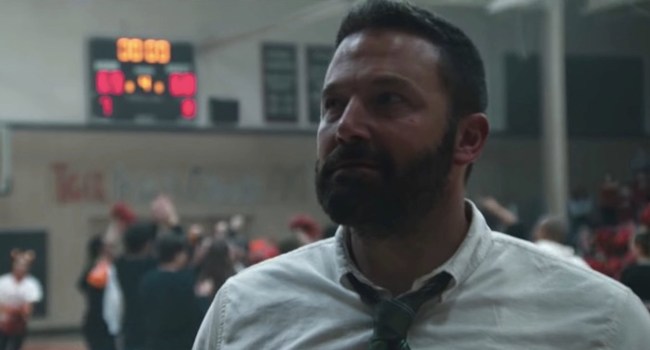 Do you smell that? Way off in the distance, quietly creeping into your senses from miles and miles away. That, my friend, is the scent of redemption. The scent of a comeback. The scent of Ben Affleck. Because, let’s be real, it’s been a tough couple of years for Slick Benny.

About a decade or so ago, Affleck was on the verge of launching his first epic career comeback. After an acclaimed turn as George Reeves in Holllywoodland, Affleck turned his attentions to behind the camera to direct Gone Baby Gone and The Town. And who woulda thunk it? Turns out ole Slick Benny is a hell of a director.

Following the consecutive successes of Gone Baby Gone and The Town, Affleck once again found himself firmly on the A-List, as his next directorial effort, Argo, not only won Best Picture at the Academy Awards, but Affleck himself was crushing it in front of the camera with a star turn in David Fincher’s Gone Girl and being cast as Bruce Wayne in Batman v. Superman: Dawn of Justice. Dude was on an absolute heater.

But then, in recent years, that hot streak went mightily cold, as Affleck not only starred in a string of subpar films — Live By Night, Justice League, Triple Frontier, etc — but his personal life also began unraveling, as he checked himself into rehab and ended up getting divorced from his wife Jennifer Garner.

But now, fellow movie lovers, I am thrilled to report that The Rebirth of Ben Affleck Part Deux is well and truly underway, as his next flick — Gavin O’Connor’s The Way Back — looks like a proper, proper tear-jerking redemption film. Tatted-up Slick Benny battling alcohol addiction and personal demons as he coaches a group of ragtag yet inspired high schoolers to glory? Sign me alllllll the way the fuck up, fam. Ben Affleck forever.

In addition to Affleck, The Way Back — which is set to be released in theaters in the United States on Friday, March 6 — stars Janina Gavankar, Al Madrigal, Brandon Wilson, Hayes MacArthur, and Rachael Carpani.