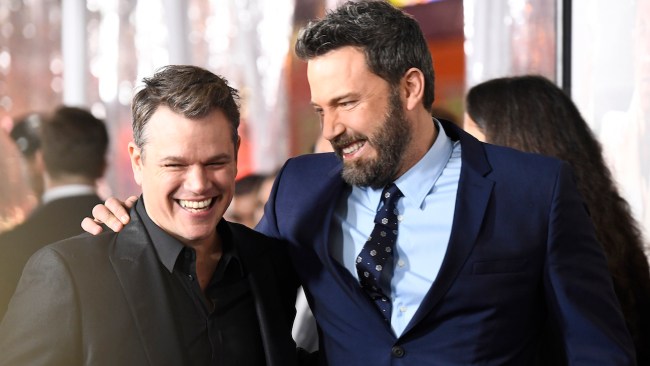 Last summer, when I brought you the news of The Last Duel — a Ridley Scott (The Martian, Gladiator, etc) directed film starring Matt Damon, Ben Affleck, and Adam Driver — I was admittedly excited.

Not only is one of the most influential directors of the last 30 years at the helm, but The Last Duel features a screenplay from Affleck and Damon, marking the first time the pair have collaborated together on a script since winning the Academy Award for Best Original Screenplay for Good Will Hunting. Plus, Adam Driver! When it comes to film ingredients, the ones being used to cook up The Last Duel are as high quality as one could ask for. A Whole Foods of movies, as it were.

But, folks, let me tell you: I am officially worried. Why? Because of these legitimately laugh-out-loud behind-the-scenes photos of the film’s three stars in their costumes.

The Last Duel will either be the greatest or worst movie in the history of cinema pic.twitter.com/xj5Qzkbvgf

Look, I understand that grainy and likely illegal set photos taken out of context are no way to judge the totality of a film, but frankly, I’m not sure I can take a period drama that features Ben Affleck with a hydrogen-peroxide bleached goatee. Still, all jokes aside, given the sheer and utter talent working on this film, I have a feeling it’ll turn out just fine.

The film — which tells the story of former best friends Jean de Carrouges and Jacques Le Gris who are ordered to fight to the death after Carrouges accuses Le Gris of raping his wife in 14th-century France —  is based on a novel by Eric Jager. In addition to Damon, Affleck, and Driver, the film also stars Jodie Comer of Killing Eve fame.

The Last Duel is set to hit theaters in the United States on Christmas Day.