The Biopic We Deserve: A Series About The Creator Of Benihana (Beni-F’in-Hana!) Is In The Works 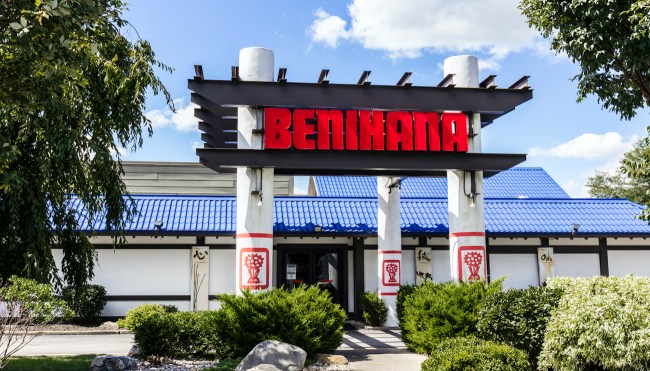 One of the most iconic restaurants in America is getting the biopic treatment, as a series about Hiroaki “Rocky” Aoki, the founder of the iconic Benihana chain, is in the works at FX.

The series will delve into Aoki’s colorful life as a mogul and businessman, from founding Benihana to being an Olympic wrestler, professional speed boat racer, hot air balloonist, and nightclub impresario. It will also examine his complicated relationship with his family and his attempts to reconcile his Japanese heritage with his American dreams.

Aoki opened the first Benihana in 1964. Since then, the company now owns nearly 100 restaurants worldwide with over 7400 employees, per the official website. Aoki was also a noted amateur wrestler, qualifying for the 1960 Olympic Games. He won several titles in his native Japan and went on to win three in the U.S. He was inducted into the National Wrestling Hall of Fame in 1995. [via Variety]

And thanks to the likes of Leonardo DiCaprio and Martin Scorsese, we simply have to include the iconic Benihana moment from The Wolf of Wall Street