Groom Left In Shock After Best Man Stole $10,000 That Was For Dream Bachelor Party In Las Vegas 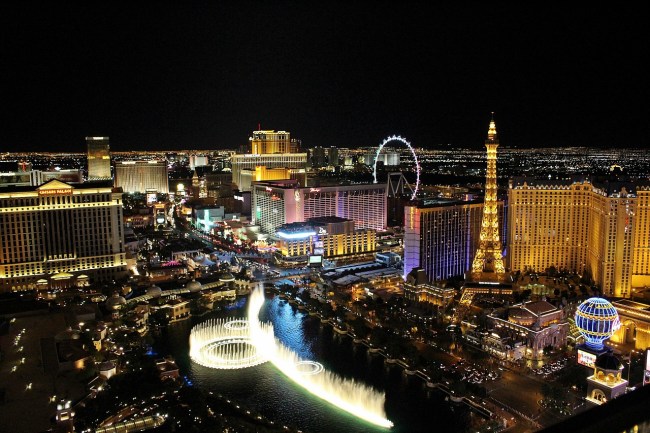 Benedict Arnold. Vidkun Quisling. Ephialtes of Trachis. The Rosenbergs. Marcus Junius Brutus. Mir Jafar. John Anthony Walker Jr. Now you can add this backstabbing best man who stole a groom’s money he had saved for his dream bachelor party to the list of the all-time worst betrayals in history.

British groom Ben Whincup and his groomsmen trusted the best man with $10,000 to organize and book a dream bachelor party in Las Vegas. The best man was supposed to arrange travel and accommodations for Whincup, three friends from his local rugby league team, his father, his two brothers-in-law, and a family friend. Instead, the best man stole their money.

“In the weeks running up to the stag, we were all getting excited and there were no signs that anything was wrong,” Whincup said. “I’d always dreamed of playing the tables in those iconic casinos and what better time than just before I get married?” The groom said he was excited to party at the Hakkasan Las Vegas Nightclub.

“We had decided on the flights and the hotel on the strip where we would stay, and he just said he’d take care of it all,” Whincup added. Then on the night that they were supposed to fly, the unnamed best man allegedly confessed that he had stolen all of the bachelor party money.

“I could not believe what I was hearing. I never even got angry really, it was just shock and disbelief,” Whincup claims. “You can’t believe someone would do something like that.”

Reportedly, there were three family members who had already flown to London for the bachelor party and one was mid-flight from New Zealand when the bad news broke. A flight that allegedly cost over $2,900 according to a GoFundMe campaign that was organized by Whincup’s mother.

“Today my son Ben was supposed to be flying to Las Vegas with 9 friends and family for his stag do,” the GoFundMe campaign’s description says of the “stag do,” which is the super British word for a “bachelor party.” “They had all saved for over a year and for most of them it was a massive stretch to save for it.”

“So we’ve gone from thinking we’d be at a pool party in Vegas to sat having a beer in Swindon (a large town in Wiltshire, South West England),” Whincup said. Not quite as glamorous as the Bellagio. “It wasn’t just my money, there were others who were going to miss out on a trip of a lifetime.”

Wiltshire Police confirmed to media that a 27-year-old man from Swindon was arrested on suspicion of fraud by false representation and has since been released. “We can confirm this matter is being investigated. It would be inappropriate to comment further,” Wiltshire Police said.

“There is no use moping about it, I am just trying to make the best of a bad situation and even see the humor in it if I can,” the 28-year-old Whincup said. Whincup’s wedding is scheduled for April 24, 2019. The GoFundMe campaign, which admits that “there are perhaps more worthy causes out,” has raised £1,430 of the £6,000 goal. On the bright side, at least your best man didn’t sleep with your wife. So you’ve got that going for you, which is nice.