!!! BEST OF BEAR CAM !!! 38 Bears In One Night And 2 Unadulterated Glorious Hours Of 17 Brown Bears Crushing Salmon In Alaska 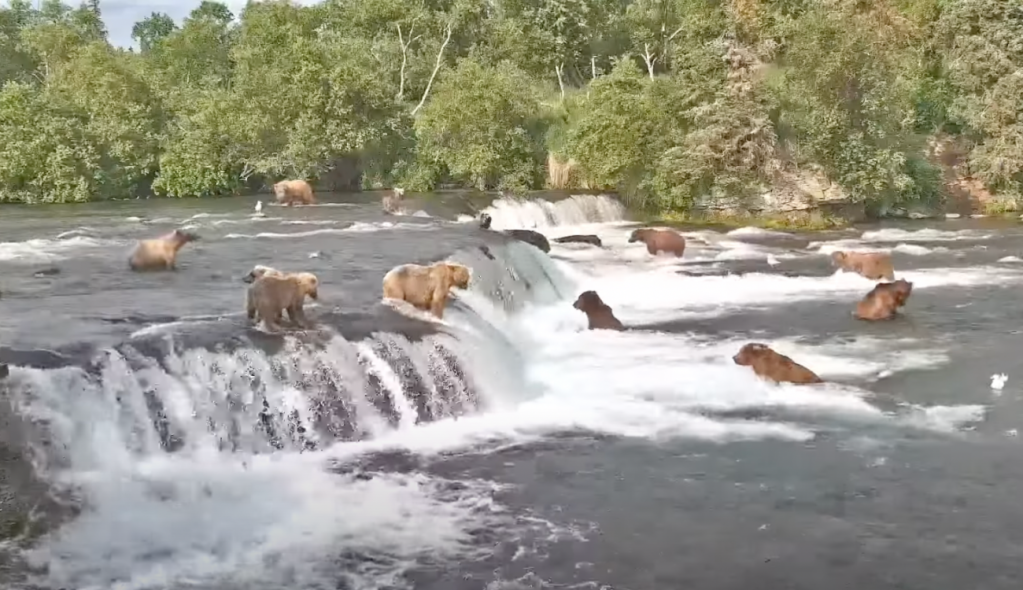 I’m disappointed in myself that it’s taken a full month of Summer before I got around to writing about the Brooks Falls Bear Cam. The 24-hour live Bear Cam from Katmai National Park in Alaska is just this incredible nonstop feed of bears being awesome. And it’s not just bears!

Sometimes there will be wolves who show up to snipe some salmon. But more often than not when you flip on the feed you’ll find a bunch of bears just bear’ing it up. You can expect to see them posted in a spot where the salmon jump right into their mouths or paws. The more you watch the more times you’ll see a bear eat a salmon.

Below, I’ve thrown in a link to the ‘Explore Live Nature Cams’ live feed for Brooks Falls in Alaska’s Katmai National Park. I have also included two of the best clips so far this Summer. The first clip below is a 4min44sec compilation of 38 bears hitting up Brooks Falls in one night. And in the second video we have a full 2 glorious hours of 17 bears eating salmon until they’re full.

And of course, he’s the current feed for the Live Cam: