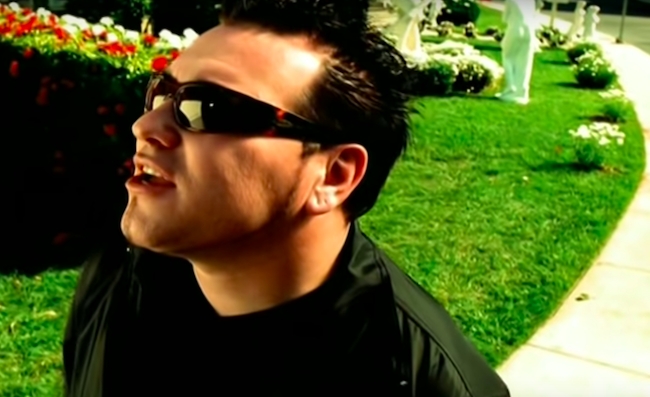 Do you realize what an amazing year in music 1999 was? I know it was a while ago and you might have forgotten. I get it. I bet people have already forgotten Vampire Weekend dropped a new album this year and that Father of the Bride came out last month.

Let me quickly refresh your memory.

Britney Spears released her debut album, the Roots released their breakthrough Things Fall Apart and Blink-182 released the classic Enema of the State. The Red Hot Chili Peppers proved they still had their fastball with Californication, Rage Against the Machine gave us The Battle of Los Angeles as a parting gift and recently-minted billionaire Jay-Z dropped his fourth album, Vol. 3… Life and Times of S. Carter.

1999 didn’t just produce good music. No. 1999 produced timeless music. The number of songs released that year that we still listen to today is staggering, whether it’s at weddings, as part of a party playlist, on the radio, or in commercials.

As a result, I rounded up 20 songs from 1999 that will likely live on forever and ranked them based on potential longevity.

“You Got Me” was the crown jewel of The Legendary Roots Crew’s breakthrough album, Things Fall Apart. Prior to its album’s release, the band was making noise, but not even close to the level they started making when Things Fall Apart came out and especially once people heard this track.

Punctuated by Badu’s sultry and soulful vocals on the hook (written by Jill Scott,) the track is a master class in restraint. In the years that followed, The Roots would continue to expand their sound, experimenting and pushing boundaries along the way. However, from start to finish it’s impossible to sleep on just how powerful this track is.

In 1999, the looming threat of the 2000s and Y2K and whatever might come with it was a very real thing. A song like “Praise You” was escapism in the best possible way, and to this day, it continues to be a damn near cathartic experience whenever played.

You got Juvenile coming out of nowhere, plus a legitimately little Lil’ Wayne coupled with a bounce that will live in infamy.

Did anyone ever say “drop it like it’s hot” before Wayne did during the outro? Maybe. But can we prove that? No. So, therefore, this song birthed a saying that will certainly live on long after we’re gone.

Pearl Jam was headed into a weird and turbulent stretch coming into 1999. Their initial stage—the one that saw them rapidly rise in popularity and subsequently deal with said rise—was ending, and a second stage—one that would be remembered mostly for tragedy, a messy breakup with their label and poorly received attempts at protest—was about to begin.

Yet in the middle of those stages they released “Last Kiss,” a cover of a Wayne Cochran tune from 1961. The song was included as part of an album to benefit Kosovo war refugees and ends up serving as a haunting look back at those from the grunge era that didn’t make it out of the decade.

When the music kicks in—that bouncing piano hook around the twenty-second mark—you immediately know what’s up. Dre’s back and he brought Snoop with him. This song will always be a fun reminder of what these dudes brought to the table before one became a mogul and the other became whatever we’re considering Snoop these days.

Comebacks are a theme here, folks. You might as well get used to it.

The Chili Peppers came into 1999 trying to regain their footing following the rocky and ill-fitting Dave Navarro experiment. Attempting to find the reset button, they reunited with guitarist John Frusciante—who was with them on Blood Sugar Sex Magik and Mother’s Milk—and delivered what would be one of the strongest albums of their career.

The title track was vintage Chilis in that it featured Anthony Kiedis getting reflective in his lyrics and the band playing music that seamlessly shifts between melodic and stadium-ready rock.

As long as montages exist in romantic comedies and hospital dramas, this song will have a place in our society.

And hey, here’s a fun fact for you: Macy Gray and Marilyn Manson went to high school together. Crazy, huh?

Well, you know, 1999 was a weird time and perhaps few things are more emblematic of how strange things were than the existence of Limp Bizkit.

They rapped, but not well. They rocked, but also not well. They were really just there and as a society, we were left to our own devices when it came down to how we would respond to their nearly constant presence in our lives.

Embrace it or ignore it. Those were our options.

Nu-Metal or rap-rock (whatever we ended up calling it) was probably one of the darkest periods in our nation’s history and I don’t think I’m overstating that.

Have you ever watched Documentary Now? They had a great episode about a band that made it big by capturing “that California sound.” That sound itself was somewhat hard to define. It just sounded like how California should sound (whatever that means).

I bring this up because all these years later, it feels like Sugar Ray wasn’t just looking for “that California sound” but that California look. The fact that they were actually from California is beside the point. Or maybe it is the point? Who the hell knows.

This song will come on the radio and there is a 37% chance you are going to listen to the whole damn thing. Then you’ll move on with your life and possibly not think about Sugar Ray again for another decade or so.

11. “Sleep Now in the Fire”—Rage Against the Machine

Rage Against the Machine was a fiery wrecking ball that tore through the 1990s with reckless abandon. Their music crashed through speakers like flying ninja kicks of effin’ fury, and if we had them out there doing their thing today, maybe the world would look a bit different.

I mean, things would probably be the same, but at least our protest music would be better.

There’s a good chance that back in 1999, you initially heard this song and liked it. It’s a great song.

Ah, but then you heard it too many times and started to change how you felt about it. You started to not like it, to think poorly of it and make jokes at its expense. It’s then possible that time went on and your opinion of the song never changed and you forgot those initial feelings that you had about it.

This song is dope and it’s actually easier to appreciate now because Rob Thomas doesn’t have the stink of Matchbox 20 on him. Now you can listen to this and just appreciate that he has a good voice and that voice really works well with this song.

That flute line. That infectious bounce. That phrase “big pimpin’,” which would go on to become timeless.

“Big Pimpin'” has it all, and if you don’t hear it at least 18 times this summer, then I’m not sure what you’re doing with your life. HOV might not care for the song much anymore, but at a certain point as an artist, you drop an all-time banger and you just have to accept that the song belongs to the masses, not you.

7. “I Want It That Way”—Backstreet Boys

How do they want it?

They want it “that” way.

Which way is that, though?

This is another song that will continue to have life as long as there are montages. It’s perfect for them. It’s fast-paced, the music is fun and lively, and literally everyone on Earth knows this song. You can’t question its staying power. Not at all.

If you’re going to question anything about this song, you can ask whether or not this version is better.

“My Own Worst Enemy” is one of those songs where you can not have heard it for weeks, even months, maybe even years, and once it starts, you can immediately start singing along. The lyrics are etched in our souls. They are a part of us in ways our children or our life goals could only wish they were.

Cover bands will be playing this song in shitty bars for as long as shitty bars continue to have shitty sound systems. They’ll play obnoxiously bad versions of it, but no one will care because once it starts with that guitar riff that sounds like maybe the record is scratching before the drums kick in with that hammering 4/4 beat, nothing will matter.

We’re our own worst enemy for not embracing how much we love “My Own Worst Enemy” and refuse to admit it.

Whoever once told Steve Harwell he “wasn’t the sharpest tool in the shed” must feel like a fool all these years later. He showed them!

Len, a brother/sister duo from Toronto, were never heard from again after they released this song, but does it matter? You drop a song like “Steal My Sunshine” and anything else you do after (even play guitar for Sum 41, which the brother in Len went on to do) doesn’t matter. You gave the world possibly the best summer jam of all time.

A grateful world will forever be in Len’s debt.

And just like that, Britney Spears descended upon the world, a world that would never be the same again. A world that would soon only know a world with Britney Spears in it, knowing it through the good times, the shaved-head times, the bad times, and the Las Vegas times. “It’s Britney, bitch” would become a rallying cry and a mantra, something to hold tight in our darkest hours.

Looking back at it now, the video for “…Baby One More Time” is bananas. I suppose deep down, every dude out there harbors some form of a schoolgirl fantasy, but I would imagine few actually act upon it. But then someone decided to run with that theme and make it the debut Britney Spears’ video and it’s there, it’s all right there.

I’m telling you, the world would never be the same after this.

My favorite part of this video, which I will admit is not one I had watched in a while, is Travis Barker. That dude is literally just there. The other two guys in the band were all about the video’s concept and were down for anything and everything. Barker though, not so much. He’d put on the clothes, but that’s about it.

Oddly enough, he was very much down to roll around in the sand with a very good-looking lady.

As for this song, the bros aren’t going anywhere, folks. Bros will be part of our daily lives for the rest of time and as they move through the ages, they will bring this song with them. This song will echo through the halls of frat houses and overgrown backyards. It will play loudly at tailgates and over the sound of bean bags being tossed during games of cornhole. It will be blasted in locker rooms and in packed cars headed to beaches and bachelor parties and bachelor parties at beaches.

Karaoke bars, college bars, and moderately classy bars in cities filled with alumni watching their school’s team play will all play this song. They will play it loudly, and when they do, everyone will sing along with it. They will get excited when it comes on and sing along with a youthful vigor and energy they haven’t tapped into in years.

1999 will never die as long as this song is around.

And (spoiler) this song will never, ever die.