Jay-Z Becomes The First Billionaire Rapper, Here Is How He Made His 10 Figures 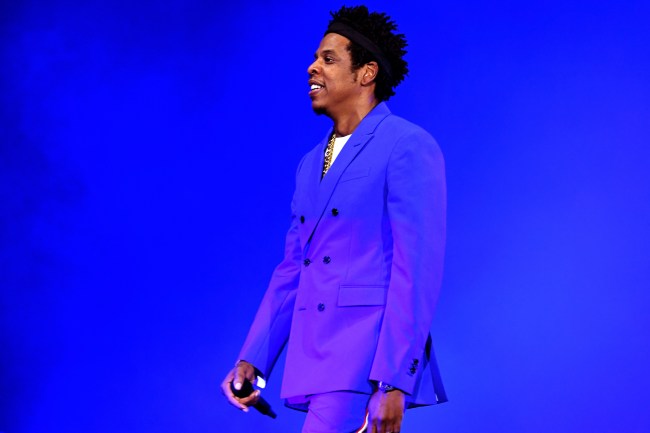 It turns out Jay-Z wasn’t messing around when he sang the lyrics “I’m not a businessman, I’m a business, man.” The 49-year-old mogul is the richest hip-hop artist ever, with a conservative net worth of over $1 billion, according to a Forbes assessment.

Before Jay released his debut studio album–Reasonable Doubt–in 1996, the 22-time Grammy award-winner founded the record label Roc-A-Fella Records to release the album under. From there, he never looked back.T

To determine Jay-Z’s net worth, Forbes broke down the artist’s stake in companies, subtracted a bunch out to compensate for his lifestyle, and then consulted its findings with otuside experts to ensure the estimates were “fair and conservative.”

Jay-Z launched the brand in 2006 with the video “Show Me What You Got,” and while the rapper declares the wine company to be worth a half billion dollars in his verse on Meek Mill’s “What’s Free,” Forbes estimates his stake in the company hovers just over a third of a bill.

Jay-Z’s stake in Uber, which he bought in 2013 for $2 million, is worth an estimated $70 million today. Forbes reports that the rapper wired Uber founder Travis Kalanick another $5 million in an effort to increase his holdings, but was rejected.

Jay-Z’s cognac venture with Bacardi which has grown 80% annually and sells 200,000 cases per year.

Tidal was launched in 2014 by Norwegian public company Aspiro before being acquired a year later by Jay-Z’s Project Panther Bidco Ltd. for $60 million. Jay then relaunched the service with a star-studded marketing campaign.

Jay-Z started the entertainment company in 2008 and a decade later, it has offices in New York City, London, Nashville, Austin, and Los Angeles. It has ballooned into a record label, talent agency, touring and concert production company, music, film, philanthropy, etc.

Before the beginning of his stint as Def Jam’s chief in 2004, Jay-Z negotiated the eventual return of his master recordings from the aforementioned label that helped launch his career; in a separate deal with EMI, he clawed back his publishing rights. Wise move: his hits now clock close to 1 billion streams annually.

In 2014, Jay-Z and Beyonce attended a Halloween Party dressed as Frida Kahlo and Jean-Michel Basquiat, further revealing their interest in the arts. In a 2010 interview with Howard Stern, Jay Z mentioned an David Hammons piece: “I try to buy things that resonate with me … David Hammons has [made] a huge painting with bricks on the bottom which reminds me of the projects, where I come from.”

After the birth of their twins in 2017, Jay-Z and Beyonce copped a $26 million East Hampton mansion and a $88 million Bel Air estate to go nicely with the Tribeca penthouse Jay bought in 2004 for $6.85 million.

Oh yeah, and he’s married to Beyonce, who is conservatively worth a half bill. Sheesh.