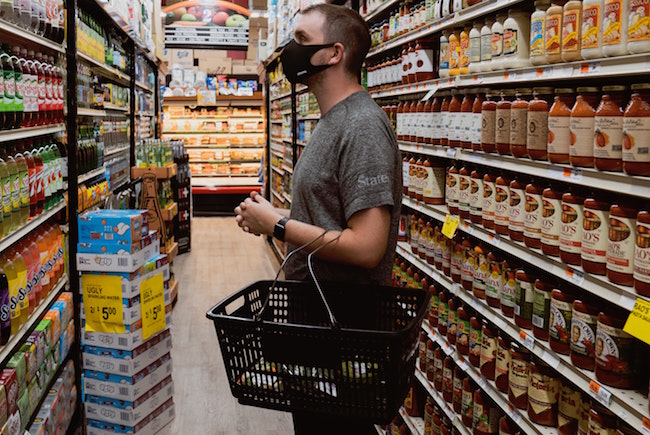 I don’t know if the term “avoid like the plague” is the best way to describe the steps I’ve taken to minimize the amount of time I’ve spent in public over the course of 2020 when the catalyst for my sudden onset agoraphobia was the global pandemic that has claimed the lives of 575,000 people as of this writing, but with that said, it might also be the most accurate way to sum up how my year has gone so far.

Of course, you can only spend so much time hunkered down in your home rewatching an episode of The Office for the seventh time and getting way too into crafting homemade cocktail bitters to pass the time. With human contact at a premium, there’s been a number of occasions where I’ve wandered into the outside world to run various errands to not only grab some essential items but to have the opportunity to have an in-person interaction with someone, even if it’s just a quick chat with the guy behind the deli counter or the cashier at a liquor store.

I figuratively (and sometimes literally) hold my breath a bit whenever I enter any establishment where I can only do so much to avoid random strangers picking up provisions of their own, and while I attempt to patronize various businesses when foot traffic is at a minimum, figuring out the optimal time to do so is much easier said and done.

Thankfully, Google was nice enough to compile a bunch of data collected between the onset of the current situation up to October to shed some light on this particular conundrum to determine the best time to do some grocery shopping, grab a bite to eat at a restaurant (which you probably shouldn’t be doing right now based on current trends), and even make a trip to the park if you’re even more paranoid than I am about posting up in the outdoors. 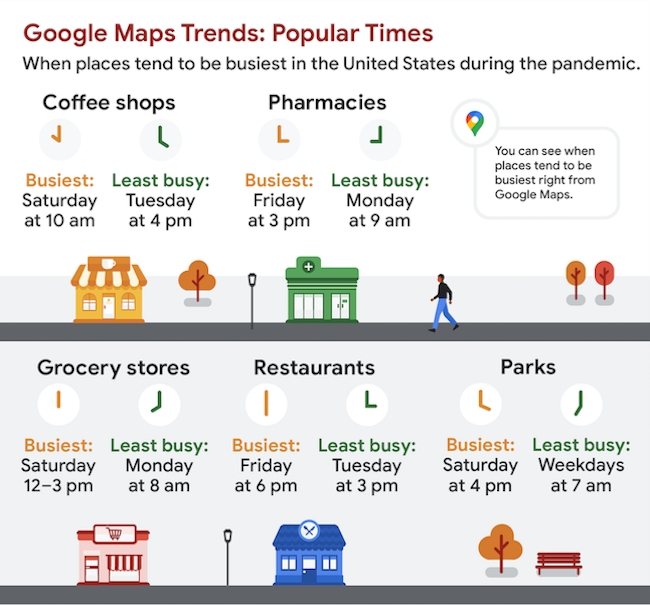 Most of these results shouldn’t come as much of a surprise when you consider how many members of the population are still working full-time jobs within the confines of their abode but props where props are due to Google for actually using our personal data for a good cause for once.