Planning On Flying Soon? Here Are The Best And Worst Airports, Airlines And Days For Christmas Travel 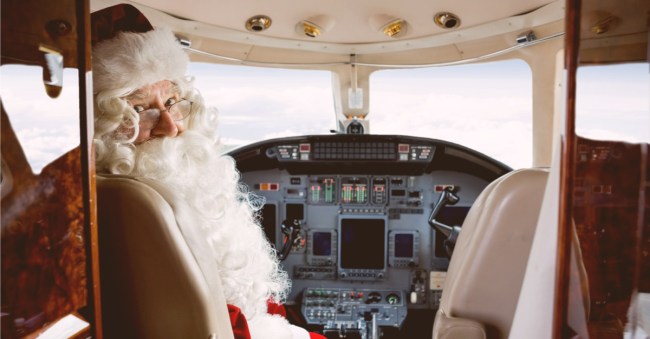 If you plan on flying for the holidays, first off, I am very, very sorry (especially if you are visiting in-laws). You should be exempt from having to purchase any gifts and everyone you know should be giving you an extra present. Second, if you are flying for Christmas then you should probably check out these lists of the best and worst airports, airlines and days for Christmas travel.

By compiling data from the last five years, the fine folks over at Elite Fixtures have been able to create this little guide to help make your holiday travels as painless as possible.

Based on percentage of delays, cancellations, and the average delay time, the worst airport to travel through this time of year is… William P. Hobby Airport in Houston. With an average of 42% of their flights being delayed, 1.3% cancelled completely, and an average delay of 46 minutes, this is definitely somewhere to avoid this holiday season. 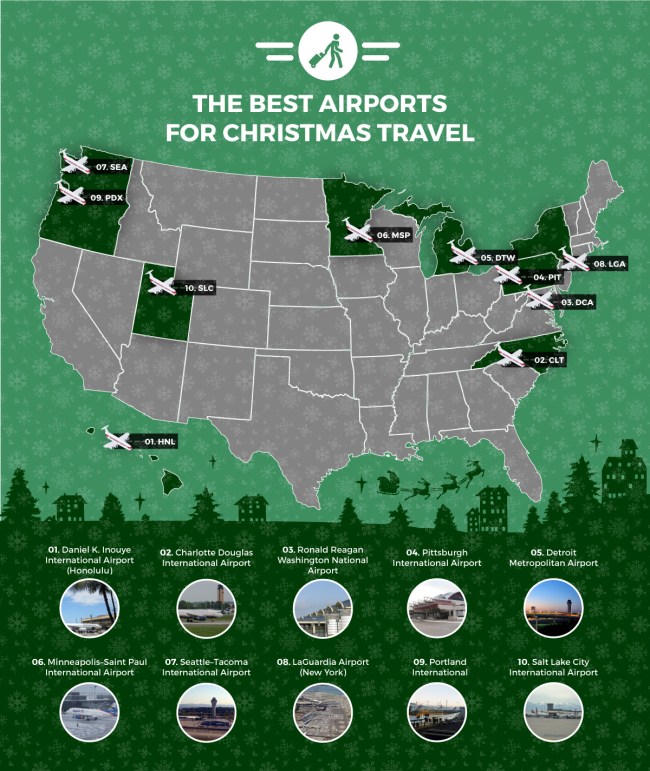 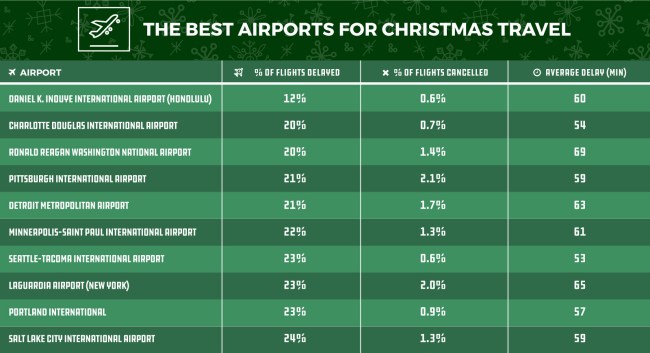 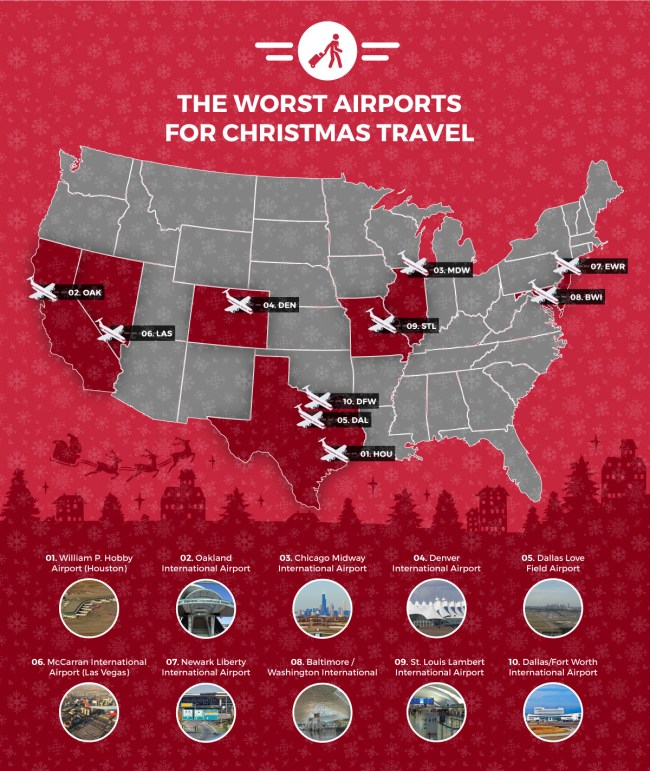 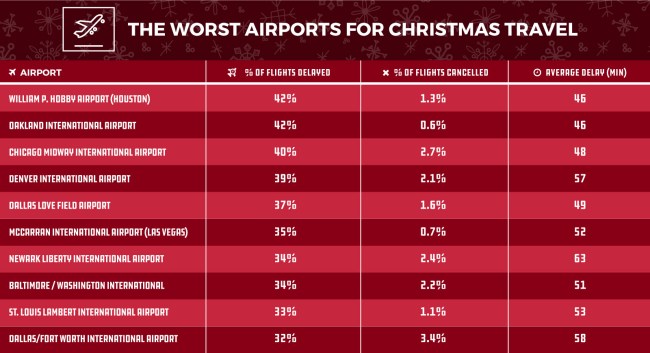 As far as the best and worst airlines for Christmas travel, the numbers shook out like this…

Topping the list of worst airlines to fly around the holidays was Southwest Airlines with an average of 39% of flights being delayed. Southwest was followed by Frontier Airlines (38% of flights delayed), Spirit Airlines (33%), JetBlue Airways (32%), and United Airlines (31%).

With that out of the way, now all that is left is to determine which days are the best to do some holiday flying and which are the worst. 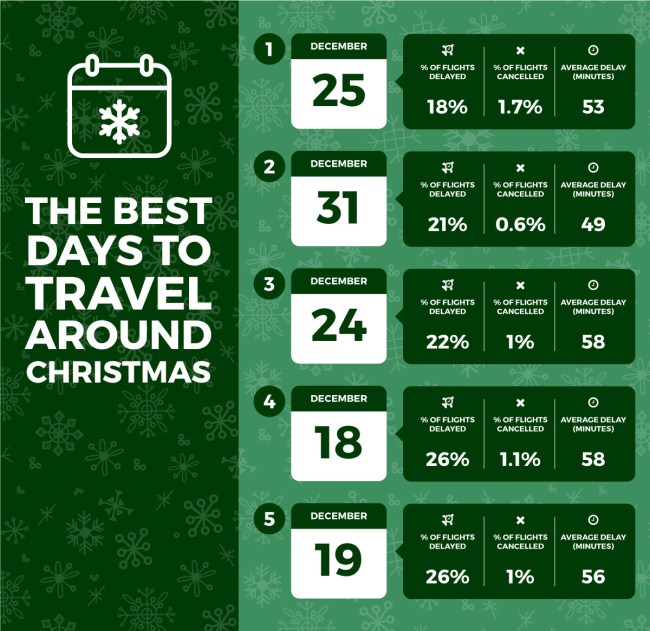 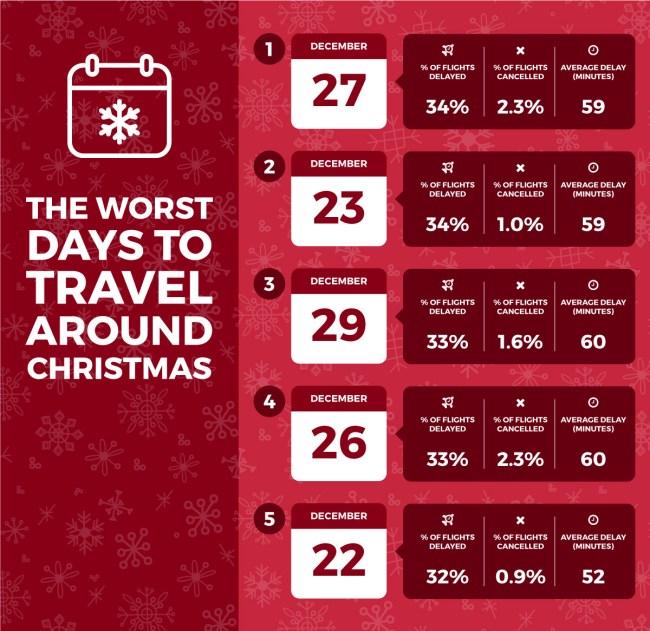