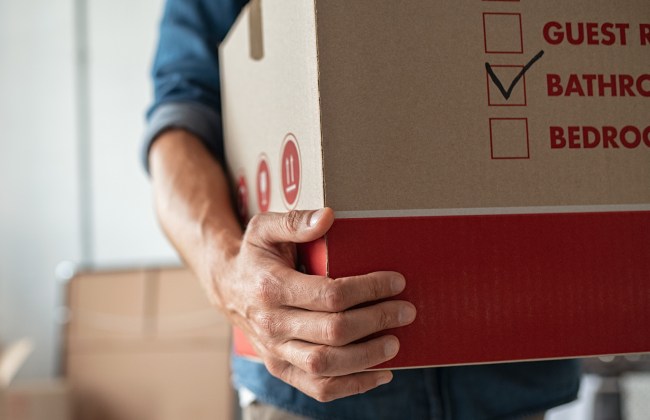 Life is filled with infuriating experiences, but for my money, moving is one of the most frustrating things a human being can be subjected to during their time on the planet. Packing up and transporting your entire life—whether you’re simply heading around the corner or uprooting yourself across the country—is a monumental undertaking and something I wouldn’t wish upon my worst enemy.

I just finished moving for the first time in a couple of years, and even though it wasn’t my first rodeo, I had completely forgotten (or had purposefully blocked out) just how hellish the entire process is. It wasn’t all for naught, though, and after recovering from the ordeal and settling into my new digs, I decided to look back at everything I went through and reflect on the winners and losers of relocating.

I sincerely hope this ends up being as therapeutic as I need it to be. 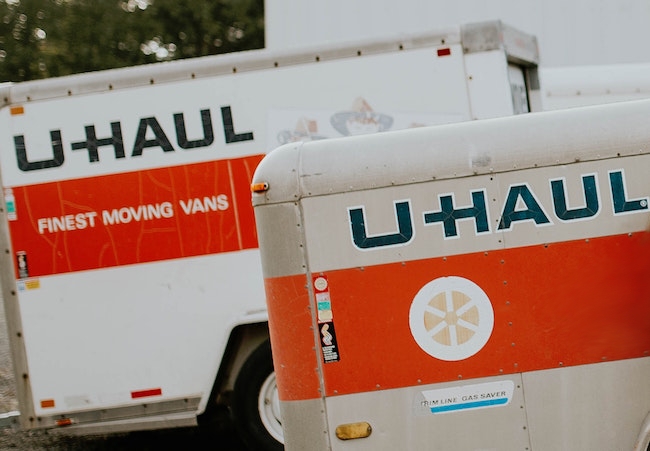 U-Haul is one of those businesses that everyone wishes they had started but we were all beaten to the punch by a man I’m going to tell myself was named Ulysses Haul, who apparently thought to himself one day, “Hey, what if you let anyone rent a giant truck even if they don’t have an iota of experience when it comes to driving one?”

The fact that all you need to get your hands on one of these variously-sized bad boys is a valid license and a credit card is objectively insane, but in the end, it’s an absolute lifesaver that makes U-Haul arguably the biggest of the few winners you’ll encounter during the moving experience.

Sure, you can cram as many of your possessions as you can into your Honda and hope for the best, but why would you do that when you can rent the biggest U-Haul you can find and drive it straight through the center of every major city you encounter along your journey while constantly disrupting the flow of traffic in a way that lets you say, “I have no idea what I am doing!” without having to say anything at all.

We also can’t talk about U-Haul without discussing the drawings of famous landmarks and national monuments that are plastered on the side of some of them. I didn’t manage to get the one emblazoned with the Loch Ness Monster that caught my eye when I rolled up, but I envy whoever did because there’s no better way to let your new neighbors know a total badass has arrived in town. 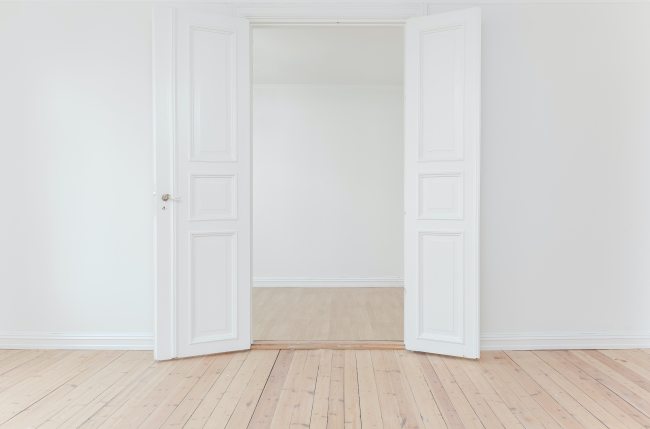 It’s easy to overlook the sentimental aspect that comes with swapping one place for another until you’re gazing at an empty room and reflecting on all the fun it was home to. Good memories are priceless things that can’t be bought (although I guess you can spend money to go on vacation or purchase a pool table to create more of them, but that’s beside the point).

That old dwelling of yours will serve as a chapter in your life in addition to potentially being one in the memoir you’ve been meaning to write. Sadly, you’ll probably never actually get around to it and almost no one will read it even if you do, so memories take an L here.

Winner: Finding Weird Shit You Forgot You Had 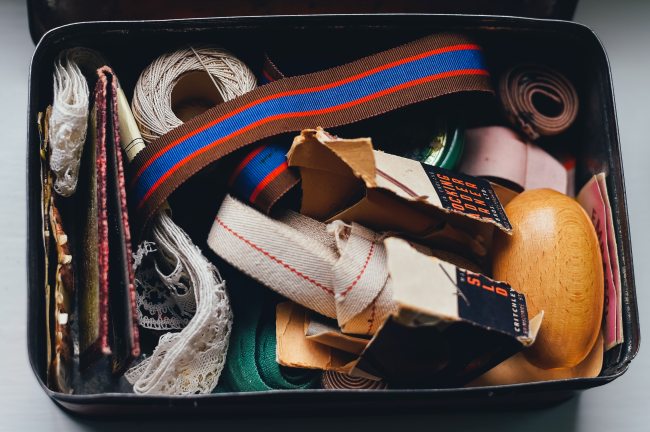 There’s a good chance you have at least one pile of random shit somewhere in your home that’s become a perpetual “Tomorrow Problem,” and one of the upsides of moving is that it forces you to sift through all of your belongings with a fine-tooth comb.

While doing this, you’ll probably come across some possessions you not only forgot you had but that you can’t even remember acquiring in the first place. If you’re lucky, some of them will fetch a pretty penny on eBay, while others will just make you go, “Oh, right. That still exists.”

For example, I came across a box containing a signed photo of Mick Foley in addition to a tiny statue of American Hockey League legend Frank Mathers and a bunch of old watch batteries while clearing out a closet. If that’s not a jackpot, I don’t know what is. 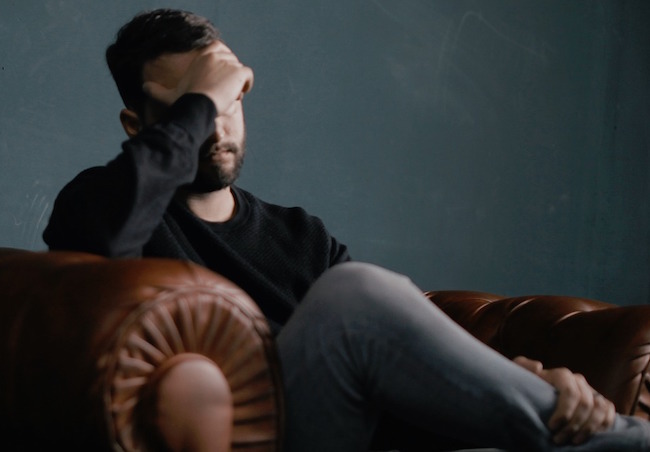 From a mental standpoint, moving is basically like running a crossing route on a do-or-die fourth down in the closing seconds of a football game and leaping up to make a catch knowing you’re going to get absolutely leveled by a defender as soon as the ball touches your hands. You’d obviously prefer to avoid that situation, but there’s nothing you can do, so you just have to accept the fact that it’s going to happen.

I can’t count how many times I found myself standing amidst a mountain of boxes during the move fantasizing about just leaving it all behind and starting a new life. I thought about driving to a town just north of the border in Arizona or making my way to a quaint fishing village in New England, where I’d grow a beard, change my name (I decided I’d go with “Percy O’Mulligan), and get off to a fresh start.

According to my therapist, this is not a healthy way to deal with problems, but the fact that it even comes up shows what a drain on the ol’ noggin moving can be.

I can’t solve all the problems you’ll inevitably run into, but I can offer some advice to ease the pain: start early, take your time, and if you need a break, do exactly that if it means it’ll help you avoid reaching your breaking point. Again, there’s only so much you can do to minimize the misery of one of life’s worst experiences but the little things can go a long way. 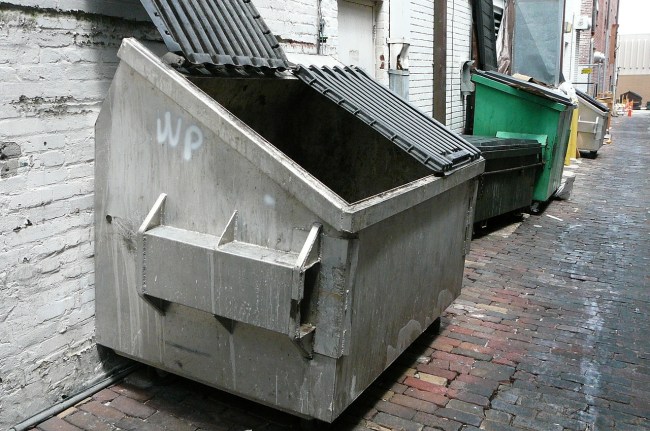 Dumpsters don’t really get much respect and I can’t imagine that it’s a great feeling to be at the center of what has arguably been the most popular metaphor on the planet in recent years as more and more people have decided there’s no better way to describe the world we currently inhabit than comparing it to a flaming receptacle full of trash.

However, I hope they can take solace in knowing there’s at least one person out there who appreciates the work they do. Renting a dumpster might set you back a bit more than a roll of heavy-duty trash bags but you don’t want to overlook the benefits when it comes to the previously mentioned sanity department.

There’s just something incredibly satisfying about chucking stuff into a dumpster. The act of heaving junk over the top and hearing the ensuing crash that signifies you’ll never have to deal with it again can do wonders for your stress levels; sayonara, broken cabinet. Auf wiedersehen, patio furniture. See you in hell, box of photos of me and my ex-girlfriend.

Thanks for everything (or, in that last case, nothing at all).

Loser: Your Friend With A Truck 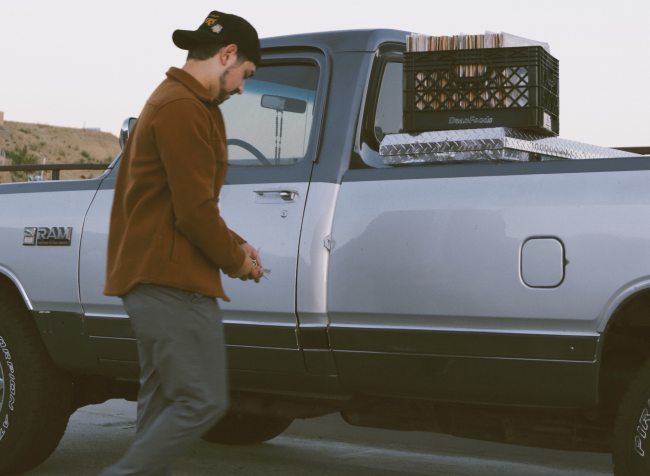 If your move is on the smaller side or you simply don’t want to shell out for a U-Haul, then there’s a virtual certainty that at least one person you know who owns a pickup truck is going to have a, “Hey bro, you got anything going on this Thursday?” text shot their way.

You shouldn’t feel bad; there’s a social contract you sign when you buy a truck that makes you morally obligated to step up when your buddy needs a favor that requires its use. However, if they do respond when you shine the Truck Symbol into the sky during your time of need, you’re obligated to thank them by buying them a pizza and a case of domestic beer (you can get away with a couple of six-packs if you opt for some fancier stuff).

Is this symbiotic relationship necessarily a fair one? No, and that’s why they’re the loser here.

Loser: Figuring Out How To Move Furniture 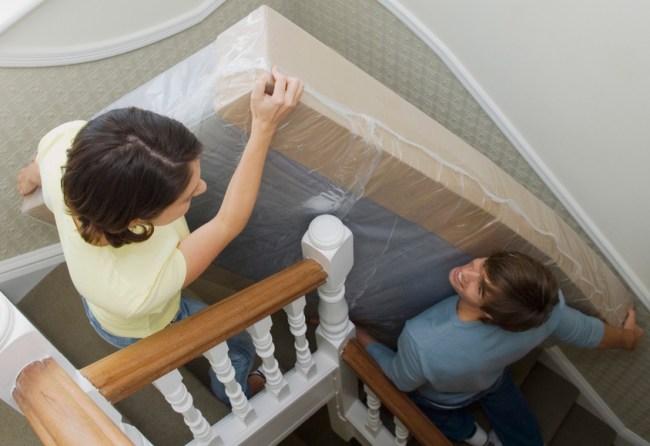 Over the course of a move, you will come across pieces of furniture that are so difficult to extract that you have no clue how they even made it into the room in the first place. It’s like some of these things just spawned there and seem destined to remain there until the end of time.

Now, if you’re getting rid of it, you don’t have to worry too much about how to remove it (hell, it might even give you an excuse to bring out a chainsaw). However, if you’re taking it along, you have to figure out how to get it out without damaging it and anything else you might encounter along the way.

If that’s the case, I wish you (and any security deposit you may have put down) the best of luck. 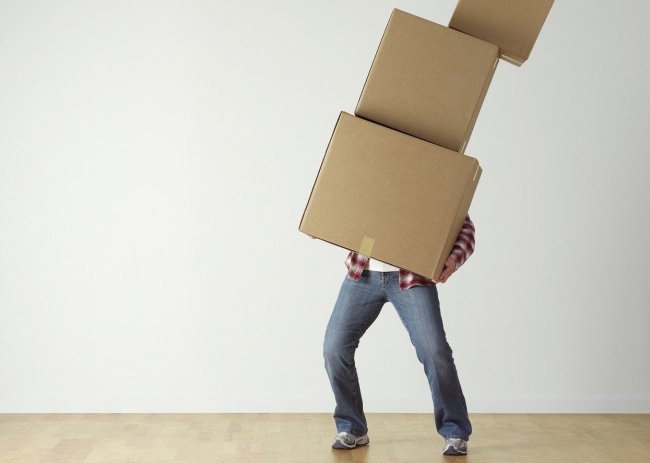 The cold, hard truth of moving is that there’s no way to approach it that will allow you to avoid an incredibly stressful and maddening ordeal. At the end of the day, it really just comes down to damage control; how do you wear yourself down the least while getting everything from Point A to Point B as efficiently as possible?

There is no right answer. No matter what you do, you’ll suffer through some sleepless nights and it’ll take a couple of days (or even weeks) after the move is over to feel like you’re back on track. Remember: don’t cry because it happened; smile because it’s over (at least until the next time).