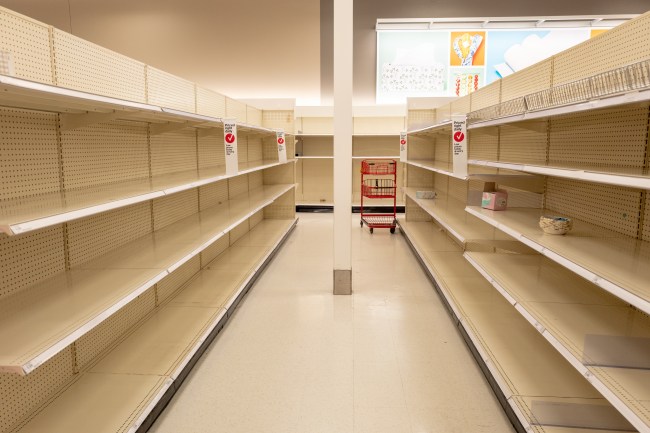 For the past week or so people around the country have been out in stores panic-buying essential items just in case cities are put in lockdown due to the coronavirus outbreak. For whatever reason people are buying an insane amount of toilet paper which is leaving store shelves empty across the nation.

Wtf with people and toilet paper????!!! I really tough it was just some joke..what do you with it people?? pic.twitter.com/YUC4oKjNWF

Apparently the great toilet paper shortage of 2020 has been a boom for the bidet business. According to home product company, Brondell, their sales demand for bidets has increased by 300 percent during the coronavirus crisis.

Lalley said Brondell is selling a bidet on Amazon every two minutes, or about one thousand units per day. The company earned $100,000 in one day this week through Amazon sales, an “exponential” increase over an average day, according to Lalley.

The company’s direct sales have also spiked, and overall sales demand across all of the company’s retail channels has increased by about 300%, Brondell president Steven Scheer told Business Insider over email.

“As the toilet paper wars have raged on we’ve seen a large and vocal community of passionate bidet advocates stepping up to promote the benefits and hygiene of washing with water,” Scheer said.