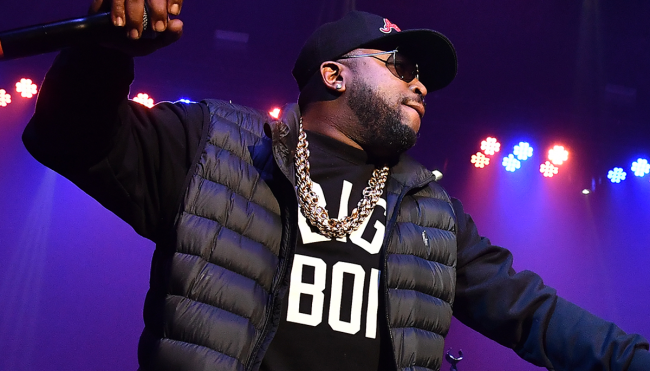 In the early 1990s, the world of hip-hop was fixated on the heated beef between rappers on opposite coasts of the United States. However, there was a storm quietly brewing in a region of the country that was home to a formidable lineup of artists who would fill the void created in the wake of the deaths of 2Pac and the Notorious B.I.G.

In 1992, two high school classmates in Atlanta named Andre Benjamin and Antwan Patton decided to join forces and subsequently created a forced to be reckoned with in the form of Outkast.

The duo more commonly known as Andre 3000 and Big Boi would eventually recruit a few others to join what was dubbed the “Dungeon Family,” a collective named after the basement studio where members of the group recorded the music that would play an instrumental role in putting the South on the map.

In 1994, Outkast released their debut album Southernplayalisticadillacmuzik, which marked the start of an absolutely unreal run for a group that experienced a meteoric rise to stardom. It was only appropriate that they followed their first record up with ATLiens, which will celebrate its 25th anniversary at the end of August.

According to Rolling Stone, Big Boi has decided to commemorate the occasion by teaming up with Airbnb to provide hip-hop fans with an unreal opportunity by renting out the house where the Dungeon Family set up shop.

The fairly humble pad can only accommodate two guests, but anyone lucky enough to book a night will get a chance to soak in a piece of hip-hop history decorated with a plethora of Outkast memorabilia and take advantage of the studio that’s been set up inside. While it might seem like a priceless opportunity, you’ll only have to shell out $25 and will even get access to an Escalade that will drop you off and pick you up at the end of the stay.

It’s unclear if this house was home to the studio where Ms. Jackson’s daughter sent boys from her neighborhood to try to fight Big Boi, but even if it’s not, I don’t see how you can pass up this chance.