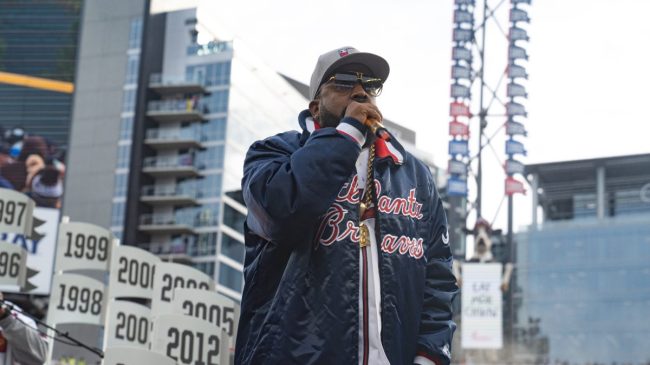 Big Boi can add some more bling to his collection. The hip hop legend received a World Series Championship ring from his hometown Braves this week.

The Outkast superstar has longed repped the ATL. You can see the southern influence in his voice, his music, and his acting. And you’ll always find him rocking the ‘A’ on his cap as he continues to tour the country.

A huge sports fan, too, he’s quick to weigh in on state of his Atlanta teams. Just a couple of seasons ago, he hoped his Falcons would tank in order to land another Peach State native in Trevor Lawrence.

The Falcons may not have listened in that instance, but he’s still been a huge part of the Atlanta sports scene.

Big Boi performed a free concert for Braves fans at the World Series Championship parade last November. Now, it looks like the team is repaying him.

Stank ya @braves for the Trill Deal Hardware 🔥 #ForTheA pic.twitter.com/baaxKUPVM3

The rap artist posted a video of his new bling on social media, and man it looks good. It’s even customized with his name on the side. He made sure to let followers know that this was the real deal and not a replica.