Rapper Big Boi Gets Real About The Falcons Tanking For Trevor Lawrence, AKA The Next Tom Brady 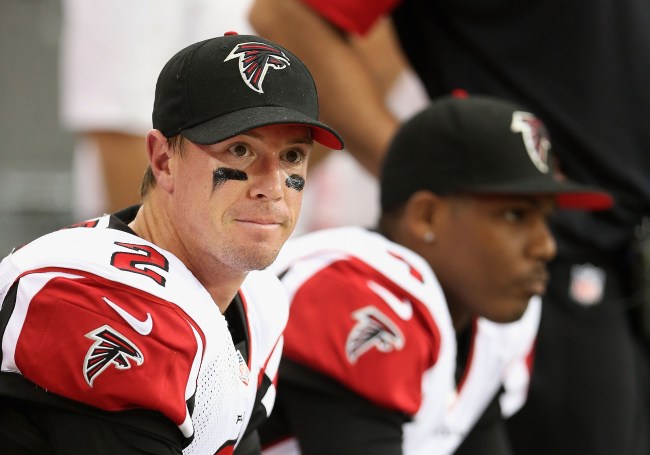 Ever since blowing that 28-3 lead in Super Bowl 51 against the Patriots, things have been rough for the Atlanta Falcons. Like, something happened to the entire psyche of this team, with quarterback Matt Ryan incapable of finding his former MVP form, star wideout Julio Jones unable to stay healthy, and the defense just forgetting how to, you know, defend the other team. Yep, life as an NFL fan in Atlanta hasn’t been kind these past few years.

And one fan, rapper Big Boi from the group Outkast, has a suggestion for the Falcons: It’s time to hit the reset button and start tanking in hopes of getting Clemson quarterback Trevor Lawrence, the projected No. 1 overall pick in the 2021 NFL Draft. No, really, Big Boi thinks it’s time for the team to stop trying to win games the rest of this NFL season and throw in the towel. It’s done. It’s finito. It’s time to look towards the future.

Joining the Men in Blazers podcast, the Atlanta rapper gave his honest assessment. Take a look below at what he said — which included plenty of love for Lawrence, who Big Boi even compares to the great Tom Brady.

“Falcons might just need to go ahead and throw the rest of the season”, Big Boi said. “Go and throw it, lose out, draft Trevor Lawrence from Clemson first, and we have us a Tom Brady for the next 15 years.

This might all sound crazy, because, in the words of Herm Edwards, “you play to win the game,” but Big Boi makes a strong case here. The Falcons are currently 4-7 and don’t have a real shot at reaching the postseason — even after a surprise win over the Las Vegas Raiders in Week 12. The team has already fired its head coach and general manager this season, and the owner, Arthur Blank, has openly questioned the leadership of his team after blowing leads this season. So it’s time for change within the organization, and a rebuild’s the way to do that.

While nobody within the Falcons’ locker room is going to throw games, it’s probably time to cut their losses and aim for the future. Why try to win the rest of this season — especially without fans in the stands? There isn’t one, other than pride. It’ll cost them the chance at a higher draft spot in 2021, and doesn’t accomplish anything in terms of evaluating for the future.

Sure, Atlanta may not have the chance to choose Trevor Lawrence given the team’s four wins to this point, but, who knows, maybe they can find a way to tank the rest of this season, get rid of some of the vets this offseason, and maneuver themselves to get another future star at quarterback. Big Boi might just be a fan, but, in this case, he’s a very smart fan.