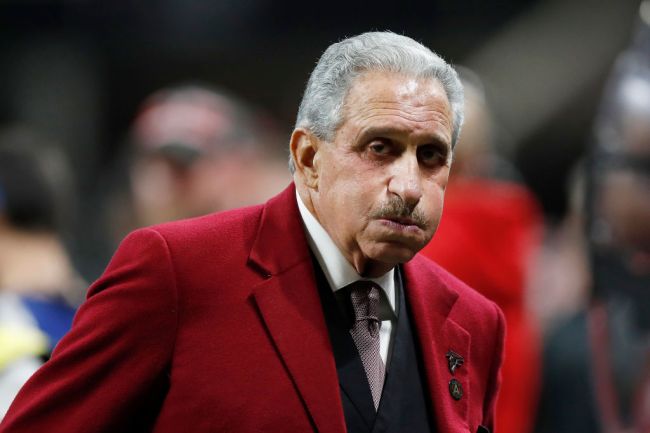 The Falcons blew a 19-point lead in the second half to the Cowboys on Sunday and while the jokes about Atlanta blowing leads at this point essentially write themselves, the team gave us yet another bizarre gift at the end of the game while receiving an onside kick.

Trailing by two with 1:49 left in the fourth quarter, the Cowboys had to go for the onside kick, and for some unknown reason, the Falcons simply let them recover the slow-roller in what was one of the more bizarre plays in recent NFL history. The Cowboys then went on to kick a game-winning field goal for the 40-39 win.

That moment when the Falcons watched an onside kick as if its about to roll foul pic.twitter.com/GhUmgnFceD

There is absolutely no arguing that the Falcons had every opportunity to jump on the football, but for some reason elected not to. It was as if the players on the field didn’t know the rules and thought the ball had to roll 10 yards before anyone could touch it.

Head coach Dan Quinn said the team definitely knew the rules, but team owner Arthur Blank isn’t sold they are at all.

“And clearly on the last play of the game yesterday our players, you know, didn’t do what they, you know, either what they were instructed to do and they didn’t understand it, or, it’s clear though they didn’t, in my view, they didn’t clearly understand what the rules were and exactly what they had to do. I think that’s demonstrated when you watch the video of it,” Blank said in an interview with Sirius XM NFL Radio, according AJC.com

It’s tough not to side with Blank on this one, at least a little bit. After watching that play, it’s pretty obvious that the players around the football didn’t know what to do until it was too late. The only arguments you could maybe make are that they were playing it safe thinking the ball may roll out of bounds or they thought a Cowboys’ player would touch it first resulting in a penalty.

Nevertheless, it’s a bad look for the Falcons who are now 0-2 on the year.