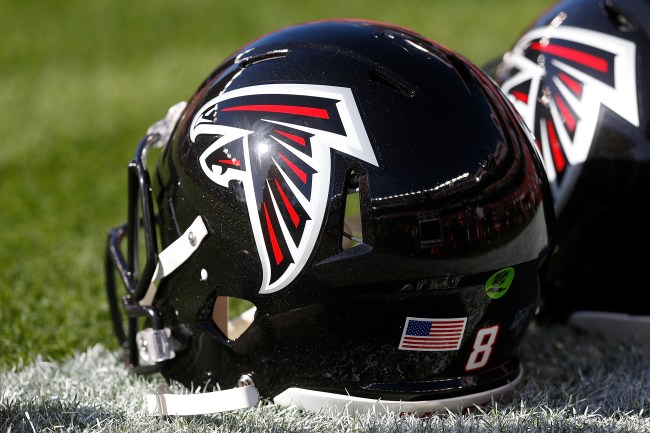 The Atlanta Falcons made history after blowing another big lead.

On Sunday, the Falcons were up 29-10 at the half and were still somehow able to lose to the Cowboys on Sunday thanks to a miraculous onside kick with less than 2 minutes left in the game.

The onside kick that set up the comeback!@dallascowboys NEVER QUIT.

According to ESPN Stats & Info, the Falcons became the first team in NFL history to lose a game when scoring 39 points without committing a single turnover.

The Falcons had 39 points with zero turnovers in their loss against the Cowboys.

Entering today, teams were 440-0 when scoring 39 points with 0 turnovers since 1933, when team turnovers were first tracked, according to Elias. pic.twitter.com/LZdqzwQZyD

Another mind-boggling stat from the game shows that the Falcons had a 99.8 percent chance to win with three minutes left in the fourth quarter.

99.9% Win Probability for the Falcons with 2:33 left to play… pic.twitter.com/kujSkHuww1