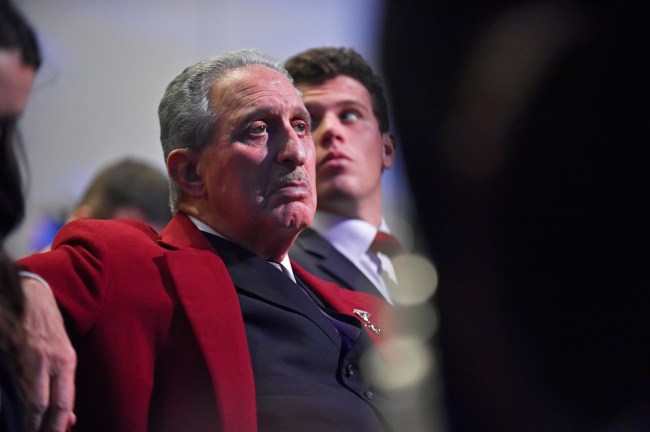 The Atlanta Falcons are 0-5 and have been pathetic all season long, causing team owner Arthur Blank to make the tough decision to fire both head coach Dan Quinn and general manager Thomas Dimitroff after a Week 5 loss to the Carolina Panthers. Like, somehow, the Falcons have lost in the most absurd ways known to man, first messing up that weird onside kick against the Cowboys, then allowing Nick Foles and the Bears to stage a comeback against them in the 4th quarter a couple weeks later.

Like all good team owners do when shit hits the fan, Arthur Blank decided it was time for changes. And while five-straight losses to start this weird NFL season was more than enough of a reason to kick Quinn and Dimitroff to the curb, the 78-year-old billionaire said it wasn’t just the play on the field this year that’s pissed him off.

Talking to the media on Monday, Blank was bluntly asked specifically what he wants fixed. Instead of giving the PC answer, the old man kept it simple and to the point, and said what all of us have been thinking about the Falcons ever since that epic collapse to the Patriots in Super Bowl 51. Take a look below.

Falcons owner Arthur Blank on a media call, asked specifically what he wants fixed: "It's called lack of winning." Adds it's not just about the 0-5 start, "it's a response to three-and-a-half years, post-Super Bowl."

Damn, man, that’s some shade by Arthur Blank, isn’t it? I mean, sure, every NFL fan knows the Falcons haven’t been the same since they lost a 28-3 lead to Tom Brady and New England in Super Bowl 51 — with the franchise still getting mocked for it 3.5 years later. But to hear the team’s owner bring it up just goes to show that it’s the ghost in their head that just won’t go away.

Look, we’ve probably all been in the position when we wonder about the “one that got away,” whether it’s related to a relationship, a job or something else. Just because Blank’s a billionaire and his Falcons roster is pretty much made up of millionaires doesn’t make them immune.

It’s clear that both Quinn and Dimitroff had trouble changing the culture in Atlanta following the epic collapse, and, while the 0-5 start clearly hurt their chances of sticking around longer, the fact that the team has gone just 24-29 with one playoff appearance since the Super Bowl collapse, just goes to show that there’s still something lingering with some of those guys in the locker room. Maybe Blank firing the head coach and GM finally signals the end of those internal demons.