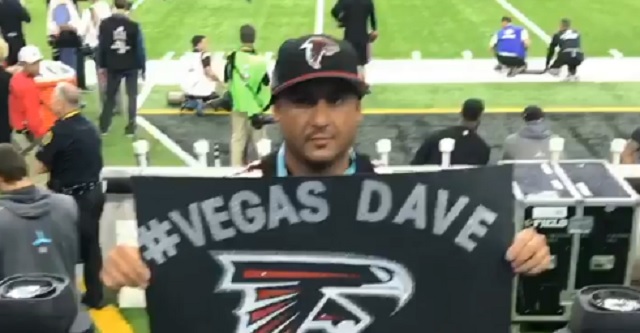 You win some, and you lose some.

Pro gambler Vegas Dave thought he had pocketed a cool three million on his preseason 75-1 bet on the Falcons after Atlanta was up 28-3 in the third quarter of the Super Bowl on Sunday. Dave was so confident that the Falcons were going to win he fired off this Tweet.

Unfortunately things didn’t turn out so good for Dave as the Falcons choked hard and lost the Super Bowl.

One of the best games ever seen. Hats off to the Pats. Great season but would of been great to raise that trophy and have 3M more.

Dave did win $2 million on his bet after the Falcons won the NFC championship but losing an almost guaranteed $3 million in the span of an hour must have been brutal.