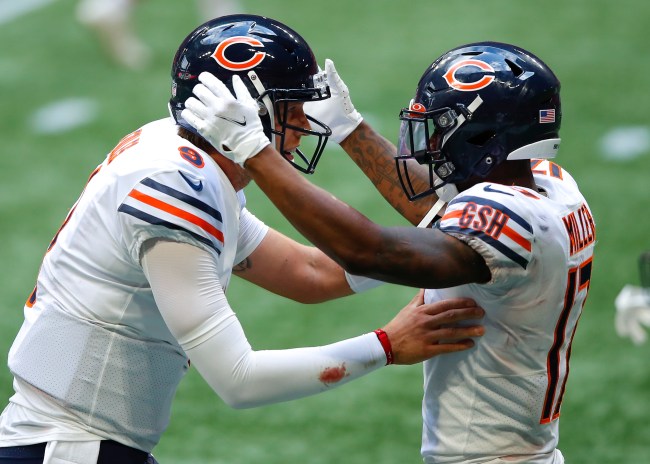 I often wonder what it’s like to actually win money as a sports gambler. As I’ve mentioned time and time before, I’m not good at all when it comes to sports betting, as I often overthink shit and try to win hundreds of thousands of dollars instead of just trying to win any money at all. Case in point? My Drew Brees for NFL MVP bet, which sure doesn’t look so great at the moment given the Saints’ quarterback struggles so far this NFL season.

Unlike myself, though, there are sports gamblers out there who, you know, actually hit it big. Whether it’s sheer luck or some actual strategy on their part, the fact that normal dudes like you and me are out there cashing out thousands of dollars every single week actually pisses me off. Like, I spent five weeks in Canada betting on NBA games every single day and walked away with a grand total of, wait for it… $15. What a fucking crock of horse shit!

Now, while I was sweating it out over a mere $10 every single day and hoping to win more than I gambled, imagine being the sports gambler who dropped an absurd $100K on the Chicago Bears to beat the Atlanta Falcons during Week 3 of the NFL season. Yeah, that sounds like a fucking heart attack given the fact it took (another epic) collapse by Atlanta for Da Bears to come away victoriously.

But, thanks to some heroic shit from Nick Foles — who came in to replace a struggling Mitch Trubisky after Chicago trailed 26-10 — that wild bet ended up being a humungous victory, with the lucky sports gambler taking home an extra $120,000. Like, wow.

It’s one thing to win a monster bet like that, but it’s another thing to have it happen in that type of fashion, when it takes a 16-point comeback in the second half. Knowing there was $100K on the line would literally have me shitting my pants. But, hey, it all ended up working out just fine for this high roller.

These types of comebacks are what makes betting on sports both fun AF and devastating AF. While the sports gambler who dropped one hundred grand on the Bears to win, there’s probably a person who did the same on the Falcons — and watched his/her money go down the shitter in a matter of minutes.

No, seriously, that’s all it took for the Atlanta collapse, as the Bears flipped a 26-10 deficit into a 30-26 advantage in a span of about five minutes thanks to some huge defensive stops and Nick Foles showing out. The final touchdown came with just 1:53 left, as the quarterback hit Anthony Miller for a 28-yard touchdown. Now that’s some high drama.

Let this Bears-Falcons game be a cautionary tale for all you sports gamblers out there: Sometimes a sure thing isn’t what it appears to be. And, if you’re betting on the Atlanta Falcons — who have now made a living blowing big leads — you’re probably better off just lighting your money on fire, because they really have a way of shitting the bed.