After Falcons’ Loss To Packers, Todd Gurley Is Worried About Atlanta Getting ‘One F—ing Win’ 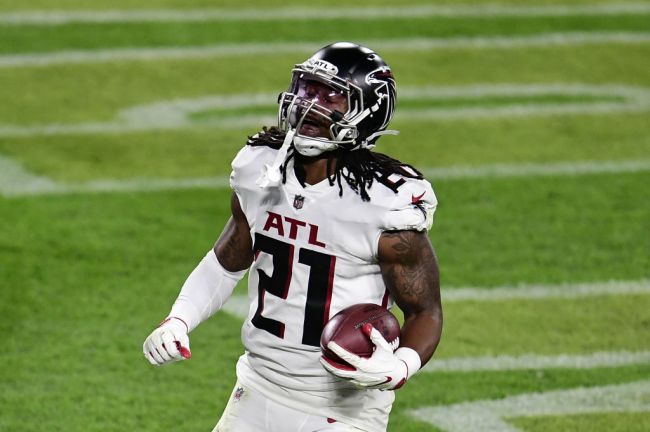 The Atlanta Falcons are not a good football team. While they may not be the worst team in the NFL, the Falcons are still 0-4 on the year and are completely spiraling in the wrong direction. Fingers are being pointed at head coach Dan Quinn, and rightly so, and as it stands right now the Falcons are an absolute mess.

After losing to the Packers 30-16 on Monday Night Football, Atlanta running back Todd Gurley kept things honest with the media in his postgame press conference. Clearly frustrated, Gurley let the f-bombs fly.

"Let's just start off with getting one f____ing win."
—#Falcons RB Todd Gurley
👆Gurley mentioned 'turning it up a notch' in an earlier answer, I asked what he meant by that
(Certain words removed from the video … but you can figure it out) pic.twitter.com/smyxh2iPMe

The Falcons have had a pretty tough four-game stretch to open up the season with games against Seattle, Dallas, Chicago, and Green Bay, but 0-4 is 0-4 and time is only running out for this team to turn things around.

The Texans pulled the plug on Bill O’Brien on Monday after Houston started the year going 0-4 and all signs are pointing to Atlanta letting go of Dan Quinn unless something changes quick and when I say quick, he desperately needs a win at home against the Panthers this Sunday to keep his job.

As for Gurley himself, he’s yet to rush for over 80 yards in a single game this season but has found the endzone four times.