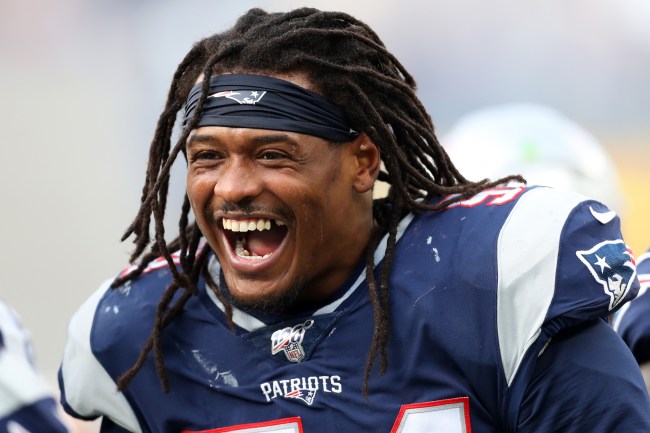 Patriots linebacker Dont’a Hightower was one of the high-profile NFL players who opted out of the 2020 season, which leaves New England pretty bare as it tries to stay competitive now that Tom Brady left for the Tampa Bay Buccaneers this offseason. Of course, nobody can fault the two-time Pro Bowl defender for making the decision to skip the season because of COVID-19 concerns, especially considering his fiance, Morgan Hart, just had a baby a month ago.

A message to #PatsNation 🙏🏾✊🏾 pic.twitter.com/JG9EZC8JrN

First off, kudos to the new parents. Second, the kid already has quite the story when it comes to how he entered the world, as his dad played cheerleader while Morgan was in labor for an absurd 17 hours.

That’s because, according to the Boston Globe, Dont’a Hightower started chanting “28-3, 28-3” and “Never give up” while his fiance went through the birthing process. Of course, this is a not-so-subtle dig at the Atlanta Falcons, who blew the 25-point lead in the remaining 20 minutes during Super Bowl 51 against New England. Man, poor Hot-lanta will never live that shit down.

“Dont’a is a motivator and always has been,” Hart continued. “’28-3′ is about what you can do as a team and, in this case, it was the two of us as a team. He kind of renewed my spirit that he was in this with me, and if I wavered at all, he was here to pick me back up. He got me through it, for sure.”

Now, if you’re a team that blew a 25-point lead in the biggest game on the planet, it’s understood (and should almost be accepted) that you deserve to get trolled for eternity. We’ve seen plenty of people troll Atlanta in a variety of ways over the years — including Pats owner Robert Kraft choosing a championship ring with 283 diamonds on it — but seeing Dont’a Hightower do it to motivate his fiance while she was giving birth has to be some next level shit.