Internet Reacts To Bill Gates’ Divorce The Only Way It Knows How: Glorious Memes 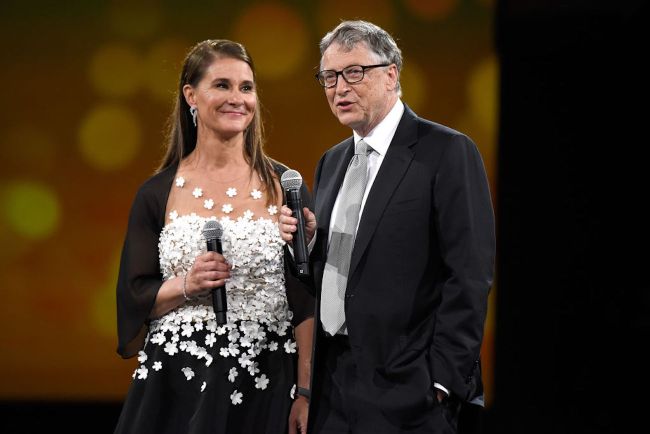 Late last night, news broke that Bill and Melinda Gates would be getting divorced after 27 years of marriage, which naturally led to the internet responding in the only way it knows how: by making memes and jokes.

Seeing Bill and Melinda Gates not Excel at their relationship has me like “Word?” I wish our Windows weren’t closed but you made it a PowerPoint to stay away. Here’s hoping your future has a better Outlook. pic.twitter.com/jA4uKH7qve

Melinda Gates after getting maintenance: pic.twitter.com/MvIH5qUBpv

Did Bill Gates try restarting the marriage and logging back in? 🤣

how I would announce my divorce if I were melinda gates pic.twitter.com/DMgMAzb987

do you think Bill and Melinda both get to keep joint access to the doomsday Illuminati bunker under the Denver airport or how does that work?

"Get money and your woman will stick by you"

Melinda leaving Bill gates after 27 years because Bill named his company after his genitals… "Microsoft"🤔 pic.twitter.com/MbiMdMLZEv

Bill Gates: “Please respect our privacy at this time.”

Here is the official statement from Bill and Melinda Gates on the divorce, which was posted to Twitter:

After a great deal of thought and a lot of work on our relationship, we have made the decision to end our marriage. Over the last 27 years, we have raised three incredible children and build a foundation that works all over the world to enable all people to lead healthy, productive lives. We continue to share a belief in that mission and will contnue our work together at the foundation, but we no longer we can grow together as a couple in this next phase of our lives. We ask for space and privacy for our family as we begin to navigate this new life.

Gates, 65-years-old, and Melinda French, 56-years-old, got married on the Hawaiian Island of Lanai on January 1, 1994. During their 27 years of marriage, the pair had three children together: Jennifer, Rory, and Phoebe. According to various reports, the couple did not sign a prenuptial agreement prior to their marriage. Gates currently has a net worth of over $129 billion, which makes him the fourth richest person on Earth behind Jeff Bezos, Bernard Arnault, and Elon Musk. He’s also only one of eight people on Earth to presently be worth at least $100 billion.

Naturally — as is the case every time Gates’ name is in the news — his fair share of detractors popped up to have their say on the divorce, largely mocking the fact that the couple is asking for “privacy”:

My guess is Bill Gates is leaving his marriage and public partnership because of evidence about to be revealed in the matter of Jeffrey Epstein and Ghislaine Maxwell. Millions of pieces of digital evidence from Jeff’s devices. Bill is a bad man. I sat with him at Epstein’s dinner

Bill Gates and Melinda are asking for 'privacy' while they go through a divorce. Privacy? Bill's been spying on us since well before the release of Windows 95.

Bill Gates deserves all of the same privacy he would give those who aren’t going to take the vaccine.