Bill Gates: NFTs And Cryptocurrency Are 100% Based On The ‘Greater Fool Theory’ 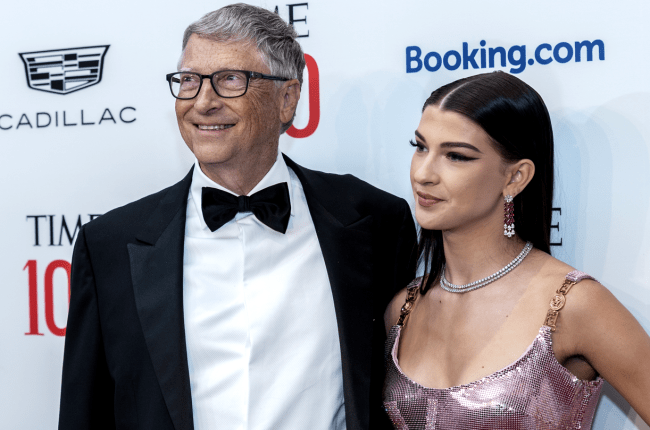 Last month, the fifth richest person in the world, Warren Buffett, said he wouldn’t pay $25 for all the bitcoin in the world. Count the fourth richest man in the world, Bill Gates, in Buffett’s corner when it comes to sharing that opinion.

During a recent event hosted by TechCrunch, Gates shared his opinion on cryptocurrency and NFTs, much like Buffett did, during a question and answer session.

“Anyway, I’m used to asset classes where like a farm where they have output, or like a company where they make products,” echoing Buffett’s previous statements on the subject.

Bill Gates reiterated his negative opinions of cryptocurrency and NFTs

“Having an asset class that’s 100 percent based on sort of Greater Fool Theory that somebody is going to pay more for it than I do, and where it has, at it’s heart, sort of this anonymity that you avoid taxation or any sort of government rules about kidnapping fees or things…”

According to a paper published by Cornell University, “The Greater Fool Theory is the idea that, during a market bubble, one can make money by buying overvalued assets and selling them for a profit later, because it will always be possible to find someone who is willing to pay a higher price.”

“Anyway, I’m not involved in that. I’m not long or short any of those things.”

If nothing else, Bill Gates has been consistent with his opinion on cryptocurrency. Back in 2018, he, Buffett and Buffett’s partner at Berkshire Hathaway Charlie Munger, called it “rat poison squared.”

“As an asset class, you’re not producing anything and so you shouldn’t expect it to go up,” Gates said at the time, while also calling crypto “one of the crazier, speculative things” he’s ever seen.

Bill Gates tells us what he really thinks of Bored Apes at #TCClimate: pic.twitter.com/vBc8BaaTup

Not everyone agreed with Gates’ take, of course, despite the large decline of late in the value of numerous cryptocurrencies.

The same could be said of expensive images of a certain Italian noblewoman. Gold and many other store of value are also based on the greater fool theory. Why would Bill be involved? he already made his money so that's why he is now involved in giving speech and reading books...

Why is he still relevant? He's out of touch with the present tech and no one cares what he thinks 😂😂

This guy needs to retire already. What do you think causes the stock markets to go up in value? Consumers buying and then guess what happens? Rich people sell off. Complete and total misunderstanding of what Crypto is.

Fascinating to watch the older tech giants/investors fade out of relevance.

Fascinating to watch crypto-bros unable to defend their giant ponzi scheme, resort to personally attacking those who disagree.https://t.co/Y1Y3c8QAaC