Warren Buffett Says He Wouldn’t Pay $25 For All The Bitcoin In The World, Makes Crypto Community Very Upset 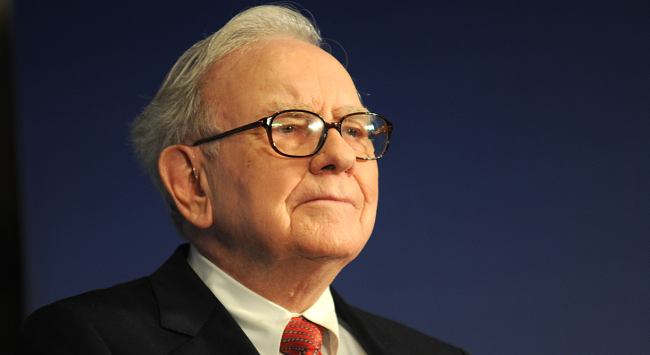 If you had invested $1,000 with Warren Buffett’s company Berkshire Hathaway in the 1960s it would be worth somewhere in the neighborhood of $17 million today. It’s a really nice neighborhood.

If you were to have annually invested $1,000 in Berkshire every year since 1964, your investment now would be worth around $131 million, give or take a few mill.

Which means that Warren Buffett, the fourth richest person in the world with a net worth of around $2.9 billion, knows a good investment when he see it.

This past Saturday, at the Berkshire Hathaway annual shareholder meeting, Buffett once again made it very clear that cryptocurrency like Bitcoin is not on his list of good investment opportunities. In fact, back in 2018, Buffett called Bitcoin “rat poison” and Berkshire Hathaway’s vice chairman Charlie Munger likened investing in cryptocurrencies as “somebody else is trading turds and you decide you can’t be left out.”

“Now, if you told me you own all of the Bitcoin in the world and you offered it to me for $25, I wouldn’t take it because what would I do with it? I’d have to sell it back to you one way or another. Maybe it’d be the same people, but it isn’t going to do anything.

Buffett went to express how that’s the difference between “productive assets” like farmland or apartment buildings and “something that depends on the next guy paying you more than the last guy got.”

He did admit there are “certain things have value that don’t produce something tangible. I mean, you can say a great painting probably will have some value 500 years from now.

“But assets, to have value, they have to deliver something to somebody and there’s only one currency. You can come up with all kinds of things. We can put up Berkshire coins, or Berkshire money [fictional cryptocurrency], but in the end this is money [holds up a $20 bill]. This is the only thing that’s money. Anybody who thinks the United States is going to change the way they let Berkshire money replace theirs is out of their mind.”

Crypto folks were not very happy with Warren Buffett’s take on their investments.

Last time they mocked bitcoin it was at 9,500. When will they buy in?https://t.co/LKY85oZZQz

It's sad to see him rambling on about a suubject he clearly does not understand. That's why the future ALLWAYS belong to the young and not the OLD. https://t.co/2L5Lc8zHjE

Haha he says “Bitcoin” so many times

That’s because he’s saving up his cash for NFTs! 😂