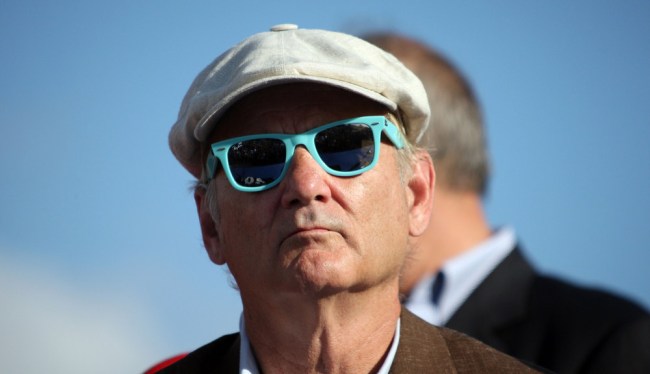 If you happen to be visiting Chicago at any time in the near future, you don’t have to venture far from the airport to hit your first must-see landmark. Comedy legend Bill Murray and his brothers just opened Murray Bros. Caddyshack Restaurant in the Crowne Plaza Chicago O’Hare Hotel surrounding O’Hare International Airport.

The 8,600-square-foot space was designed by Atlanta-based firm, Z-Space Design, who designed the Michael Jordan Steakhouse, and has 237 seats, 31 TVs, a massive bar, and no shortage of Caddyshack memorabilia and gear. There’s also a lounge with a fireplace and two Golden Tee video machines. You will also find dozens of Easter eggs from one of the funniest sports comedies of all-time.

9 things to know about Caddyshack, Bill Murray and his family's new restaurant in Rosemont https://t.co/SpkJckRuvj via @TeddyGreenstein pic.twitter.com/eTMCXfDIMA

According to EATER, there are 11 signature cocktails including the “Pool Water Martini,” which comes with a Baby Ruth candy bar, an ode to the hilarious “Doodie” pool scene.

The menu is remarkably diverse, featuring everything from buffalo Brussels sprouts to a fig and prosciutto flatbread to Spaulding’s Hack salad (similar to a Cobb) to wings to prime rib to a Caribbean jerk pork sandwich to burgers to a quinoa bowl.

I’d award birdies to the chicken tacos and Crispy Potato Golf Balls (fried mashed potato rounds loaded with cheddar and bacon and served with horseradish sauce), a par to the jerk pork sandwich and a bogey to the fig flatbread.

Head over to EATER to take a tour of the restaurant.