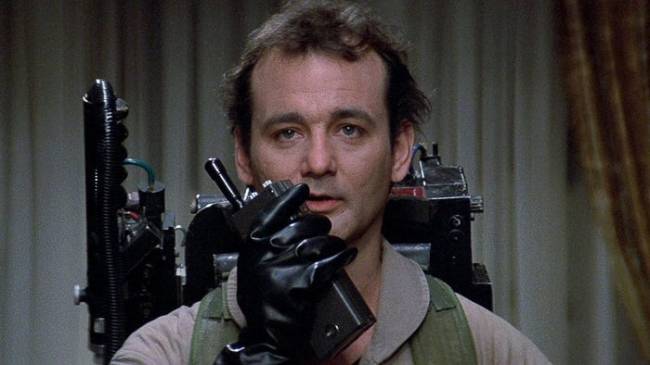 While it’s certainly more extreme than ever these days, Hollywood has always been known for its shameless commitment to sequels, spinoffs, prequels, and reboots. Over the weekend, I was watching The Godfather Part II with my family, and for the first time, I realized that the film was released just *two years* after the original. Think about that for a second: right after making The Godfather, literally one of the greatest movies of all time, Francis Ford Coppola hopped right back in the saddle to make an *even better* sequel. As the great Ron Burgundy once said, it bottles the mind.

Now, while I’m certainly not comparing The Godfather franchise to the Ghostbusters franchise, my point is that sequel-making has been long-rampant in Hollywood to such an extent that superstars like Bill Murray could feel as though they were duped into filming Ghostbusters II.

That’s right, during a recent panel at the Santa Barbara International Film Festival, Murray revealed that he was “very, very reluctant” and “in absolutely no hurry” to make the sequel to Ghostbusters.

“I thought that the only reason anyone would want another one was just to make money,” Murray said. “And I was probably the most reluctant. Someone outfoxed me anyway. I don’t know if Ivan set it up, but they got us all back together in a room, and really, we hadn’t been together in a room since the movie came out and it was just really, really fun to be together. We were really funny together. Those are some really wonderful, really funny guys and girls. Sigourney [Weaver] and Annie Potts are some really spectacular women and funny as hell. They got us all together and they pitched a story idea that was really great. I thought, ‘Holy cow, we could make that work.”

“It ended up not being the story they wrote. They got us in the sequel under false pretenses. Harold had this great idea, but by the time we got to shooting it, I showed up on set and went, ‘What the hell is this? What is this thing?’ But we were already shooting it, so we had to figure out how to make it work.” [via Collider]

Despite his grievances over Ghostbusters II, Murray will return to the iconic franchise when Ghostbusters: Afterlife hits theaters on November 11.