Bill Murray Is Nearly Impossible To Contact: Legend Has No Phone, No Agent – Only A 1-800 Number 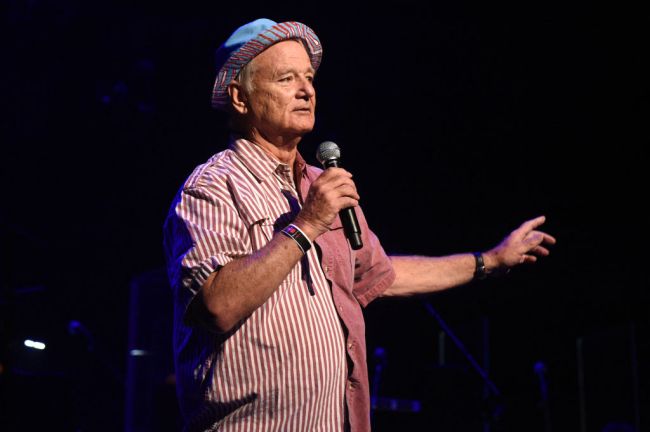 Bill Murray is nearly impossible to contact, and that’s the way Bill Murray likes it. And who are you to argue with the comedy legend? Murray has no home phone, no agent, no manager, and the only method of communication available to the comedic actor is a 1-800 number.

Looking to get in contact with Bill Murray? Good luck. The celebrity has no home phone, no agent, and no manager. Murray had a home phone at one time, but then too many people tried to call him, which caused him to drop that mode of communication.

“I had a house phone, and it would just ring and ring,” Murray said in an interview with IndieWire. “Finally, I’d pick up the phone and I’d say, ‘Who in the f*ck is calling me and letting my phone ring like that?’ The agent would say, ‘Oh, I’m sorry, I’m calling for so-and-so.’ I’d say, ‘Look, you can’t do this. This is my house. If I don’t answer the phone, don’t do that because you’re making me not like you.’”

Murray understood that his anger was misplaced.

“Their job is, ‘Get me Bill Murray on the phone.’ They have nothing else to do,” the comedy legend said.

The Ghostbusters star revealed that he got a 1-800 phone number to screen his calls for him.

“I just unplugged the phone and then I got this 800 number, which is very handy,” the -off-the-grid actor said.

Murray’s secret 1-800 phone number was talked about by director Ted Melfi, who worked with the comedic actor on the 2014 movie St. Vincent. Melfi said that when he called Murray on his 1-800 phone number it went to a computerized message for callers to navigate through. Murray could listen to the messages at his own convenience without being notified the moment a voicemail was delivered.

“Oh god, that story’s so crazy,” Melfi told USA Today in 2014. “The nuts and bolts is [Murray] has no agent and manager, as everyone knows. You just call the 1-800 number. And I left, I don’t know, a dozen messages. It’s not his voice on there. It’s a Skytel voicemail with a menu. You have to record the message and send the message. It’s so confusing.”

Murray admitted, “I’m not very disciplined anymore. This was a way you could not answer any phone, and whenever you felt like engaging, you could check to see who had bothered to call and what the message was. It just freed up my life a whole lot.”

“It’s not like at 11 o’clock it’s time to check the messages. Sometimes I go days or weeks,” Murray explained. “Sorry I’m busy living.”

So, what does it take for Murray to respond to a voice message?

“It’s like mail,” Bill Murray noted. “It used to be that there was mail and then there was mail. And now they’ve spent a lot disguising mail to make it look like it’s mail when it’s really just a solicitation.”