Bill Murray Applied For A Job At P.F. Chang’s In An Airport And Was Hired, Got Wu-Tang Clan Drunk 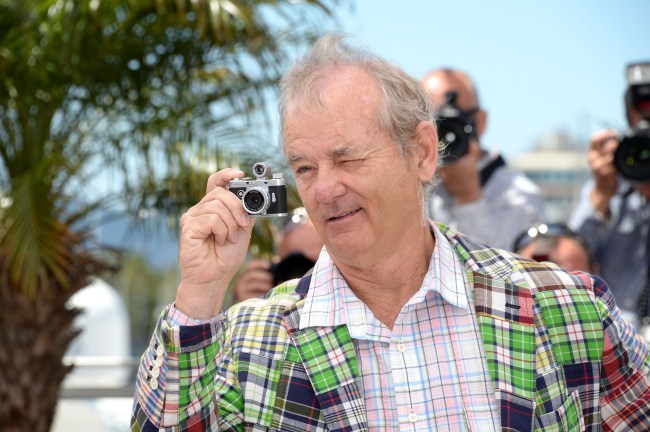 Bill Murray, in real life, seems like he is an outlandish character from a movie he would star in. For this episode of “Bill Murray Is Living His Best Life,” we find out that the great comedic actor actually applied to a P.F. Chang’s and got hired.

Bill Murray recently appeared on Amy Schumer’s 3 Girls 1 Keith podcast and told the story about applying for a job at P.F. Chang’s, but not just any old P.F. Chang’s, he specifically wanted to work at the P.F. Chang’s in the Atlanta airport.

“I did fill out an application at P.F. Chang’s at the Atlanta airport because I think that’s one of the great places,” Murray said on the comedy podcast.

Schumer asked: “To do what? Just any job?” Then Murray replied: “It looks like the best time.”

P.F Chang’s social media team didn’t miss out on the fantastic marketing moment and informed the Caddyshack star that he was hired. “Bill, you’re hired! When can you start?”

Bill, you're hired! When can you start? #billmurray https://t.co/1VOAbguvsO

What a great surprise it would be to send back your crispy honey shrimp because it was undercooked and doughy, only to have a disheveled Bill Murray in a P.F. Chang’s chef uniform with a disgusted look on his face.

“I’m going to give you my little secret — I record it,” Murray explains. “I can come home, and I have recorded 61 episodes of Family Feud because it’s on all day long.”

“It’s on all day long, and by law, it has to be on all day long,” he said. “But then, what I do is I take the time to fast forward in each episode all the way to Fast Money. Cause that to me is the excitement part of the show. I skip the early rounds because I don’t always respect their tactics.”

During the podcast, Murray realized that he used to frequent a liquor store that was owned by Schumer’s family. “Wait a minute. Wait a minute. I had an account at Schumer’s Liquors,” the 69-year-old nicely said. “That’s your family’s?” Schumer responded: “Come on.”

“I’m not kidding you. And they delivered four bottles of champagne to my office at Saturday Night (Live) every single week of the show,” Murray said. “And I would go right there right after the show, I’d go up there, and all my guests would come in.”

Murray also told the story about how he got the Wu-Tang Clan drunk. Murray and Wu-Tang members GZA and RZA were in the 2003 indie drama movie Coffee and Cigarettes.

“I took them for lunch that day, and they’d never had sake,” Murray said. “So I proceeded to buy a big bottle. So they drank a lot of sake and came back drunk.”

The full episode is available on Spotify.