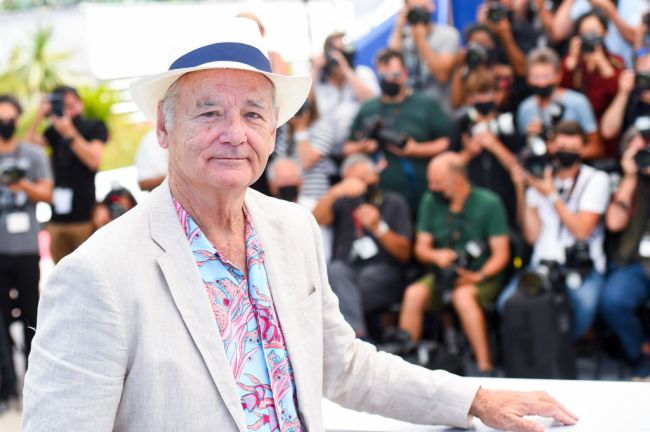 There are numerous fantastic Bill Murray stories throughout his extraordinary entertainment career, but there is a solemn story about how the legendary comedic was contemplating suicide up until he was moved by a 19th-century painting.

In the early 1970s, Bill Murray was a struggling actor in Chicago. After one particularly bad acting performance, he considered ending it all.

“I wasn’t very good,” Murray said of his early acting during a 2014 press conference for the historical art heist film The Monuments Men.

RELATED: Bill Murray Is Nearly Impossible To Contact: Legend Has No Phone, No Agent – Only A 1-800 Number

Bill Murray walked into the Art Institute of Chicago, and didn’t give a donation to enter because he was “ready to die.”

“And I walked in, and there’s a painting there, and I don’t even know who painted it,” Murray said. “It’s a woman working in a field and there’s a sunrise behind her, and I’ve always loved this painting.”

The actor added, “I saw it that day and I just thought, ‘Well look, there’s a girl who doesn’t have a whole lot of prospects but the sun’s coming up anyway and she’s got another chance at it.'”

Murray remembered the painting giving him life during a dark time, “So I think that gave me some sort of feeling that I too am a person and I get another chance every day the sun comes up.”

Bill Murray talks about the painting that stopped him from committing suicide after being asked if there were a moment how art has made a difference in his life. Watch til the end to see the painting. pic.twitter.com/LZzfn0eNrS

The painting is titled The Song Of The Lark, which was painted by French naturalist Jules Adolphe Breton in 1884.

The Art Institue of Chicago says Breton’s Song of the Lark was “the most popular painting in America in a poll conducted in 1934.”

“In this evocative work, a young peasant woman stands silently in the flat fields of the artist’s native Normandy as the sun rises, listening to the song of a distant lark,” the Art Institute of Chicago says. “The painting was Eleanor Roosevelt’s favorite work of art; it also inspired Bill Murray while he was struggling as an actor in Chicago.”

A post shared by The Art Institute of Chicago (@artinstitutechi)

In April 2020, Murray told the Washington Post about struggling with mental health, and how two-time Grammy-winning country-folk singer John Pine helped him out of his depression.

“I just stayed in the house, and finally I remembered something that Hunter S. Thompson said to me on a very long, long night — ‘Oh, we’re going to have to rely on John Prine for the sense of humor’ — cause we were both deeply dark,” Murray explained. “And he put on a John Prine record and I thought, ‘Well, that’s interesting.’ Maybe he thinks that John Prine is a humorist, and I remembered that in the midst of this dark fog that I was in, and I went and found this John Prine record.”