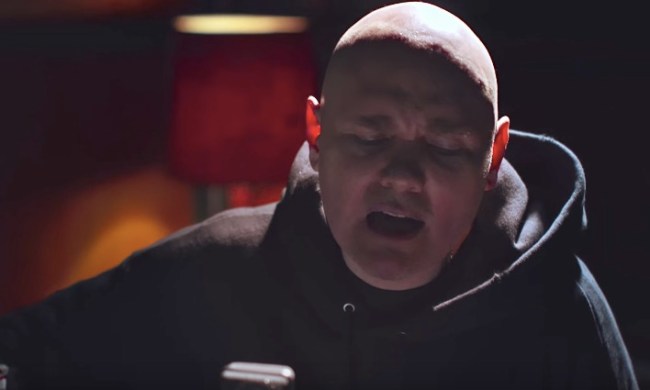 Billy Corgan of The Smashing Pumpkins has a new solo album out titled ‘Ogilala’ but he’s actually released the album under his birth name, William Patrick Corgan. He swung by The Tonight Show Starring Jimmy Fallon‘s music room to perform this cover of ‘Wrecking Ball’ by Miley Cyrus, and this infectious cover is at least 99.99% better than I ever expected it to be.

I’ve never been a big fan of ‘Wrecking Ball’ by Miley but when you’ve got the ‘Bullet With Butterfly Wings’ singer on vocals this becomes a newly transformed song that’s hard not to love:

As for what else Billy’s been up to lately besides recording his new ‘Ogilala’ album, well, it’s hard to say if he’s been on drugs, is going crazy, and/or he saw an alien. Billy claims to have seen a human transform into something that was not human. He claims he saw this non-human transformation happen in front of his own eyes….Sounds like drugs? Nah. Rock stars never do drugs.

William Patrick Corgan is apparently on a big cover song kick lately. He also went on Canadian radio to perform ‘After The Gold Rush’ by Neil Young: