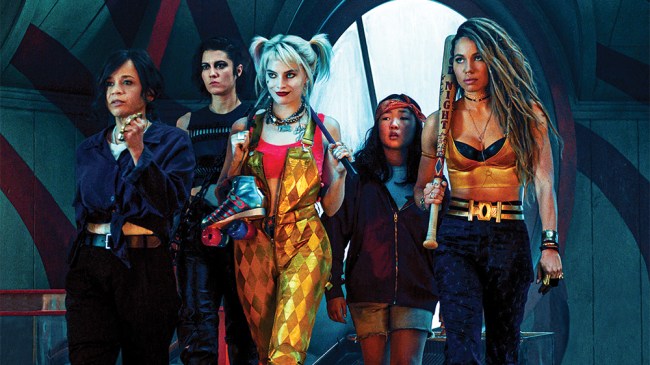 There are a lot of things on this tiny little blue planet of ours that are painfully inexplicable.

The ending of LOST. Why David Benioff and D.B. Weiss became so lazy? How the fuck The Simpsons are always predicting the future? Why do high school kids learn geometry and not how to do their taxes? Are birds real? Is Tom Brady a system quarterback? The list goes on and on.

And as far as I’m concerned, you can add Birds of Prey actually being a good movie to that list of the mystically inexplicable, as the film has not only gotten overwhelming positive early reviews but has drawn comparisons to arguably the best action franchise of the last decade, John Wick. Trust me, considering the flaming shit-covered ice cream-truck colored bummer of an acid trip that was Suicide Squad, I’m as shocked as you are.

Well, according to director Cathy Yan, those comparisons are actually accurate for a very specific reason, as the film recruited the help of 87Eleven, “the action design company founded by John Wick director Chad Stahelski, who came on board to help beef up the action sequences as a second unit director during reshoots”, according to Slashfilm.

There are already comparisons being made between Birds of Prey‘s thrilling fight scenes and the bone-crunching action of John Wick — a similarity that Yan said was intentional.

“We’ve been working with at 87Eleven from the beginning. And the reason that I chose them was because I wanted that style,” Yan said.

But Yan didn’t just look to the John Wick franchise, which itself is highly influenced by Hong Kong action cinema, for inspiration for her Birds of Prey fight scenes. She and Birds of Prey stunt coordinator, 87Eleven’s Jonathan Eusebio, bonded over their love of Jackie Chan movies and discussed how they could incorporate that style into Birds of Prey. Yan said:

“Jonathan Eusebio, who’s our stunt coordinator, we really got along and we talked a lot about Jackie Chan movies and how practical it was and how you weren’t cutting really quickly. You’re kind of staying on it and staying on the action. And I felt like those guys at 87Eleven, which Chad [Stahelski] obviously founded, those guys were doing the best that that you know, at this practical, interesting camera work and action. And so it was all in by design, you know, is all part of like the greater vision of what the movie would be, how we would shoot it. And so it was just part of the conversation.” [via Slashfilm]

They say seeing is believing, so you can find out of Birds of Prey lives up to its Wick-ian hype when it hits theaters on Friday, February 7.