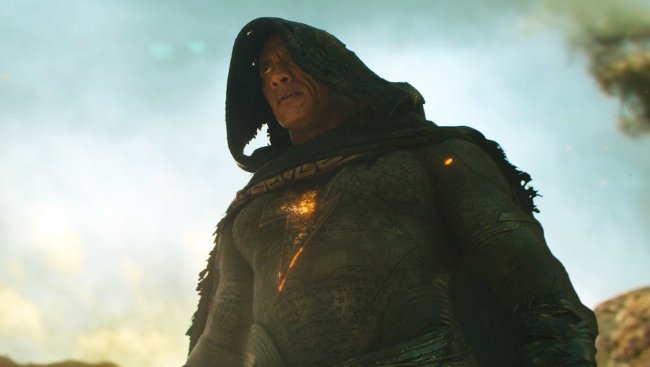 Having first been attached to the role all the way back in 2007, Dwayne Johnson is finally set to make his superhero film debut later this year when he stars in Black Adam.

After a handful of delays — including a recent one that bumped the film back from this July to this October — Black Adam is finally set to hit theaters later this year. And while a full trailer for the film has unfortunately yet to release, new footage was shown at CinemaCon earlier this week, giving fans their first real taste of what to expect in the latest DCEU film.

Details about the new Black Adam footage shown at CinemaCon

“Black Adam, what have your powers ever given to you?” Brosnan as Fate asks in the trailer, adding that Black Adam can either be a savior or a destroyer depending on what he chooses.

Erik Davis of Fandango also provided the following description of the footage:

“The first Black Adam trailer is dark, dangerous & badass. Ends with Black Adam catching a rocket with his bare hand & watching it explode around him. The Rock says there’s black and white, but this film operates more in the grey.”

“This truly is a dream of mine. I see Black Adam as being the Dirty Harry of the superhero world,” Johnson said of the project.

“Heroes don’t kill people…”
“Well I do”
DAAAMMNN! The first #BlackAdam trailer is dark, dangerous & badass. Ends with Black Adam catching a rocket with his bare hand & watching it explode around him. @TheRock says there’s black & white, but this film operates more in the grey. pic.twitter.com/wkRJlkCesh

Lines from the #BlackAdam trailer at #CinemaCon

"I was a slave until I died. Then I was reborn as a god."
"I kneel before no one."
"You can be this world's destroyer, or its savior."
"There are heroes & there are villains & heroes don't kill people." — "Well, I do." pic.twitter.com/D8cMCoiM6Z

In addition to Johnson as Black Adam, the film stars Noah Centineo as Atom Smasher, Aldis Hodge as Hawkman, Pierce Brosnan as Doctor Fate, Quintessa Swindell as Cyclone, Sarah Shahi as Adrianna Tomaz, and more. The film is currently scheduled to hit theaters in the United States on Friday, October 21, 2022.

RELATED: The Rock Rips Vin Diesel For Using ‘Children And Paul Walker’s Death’ To ‘Manipulate’ Him Into Returning To The ‘Fast’ Franchise