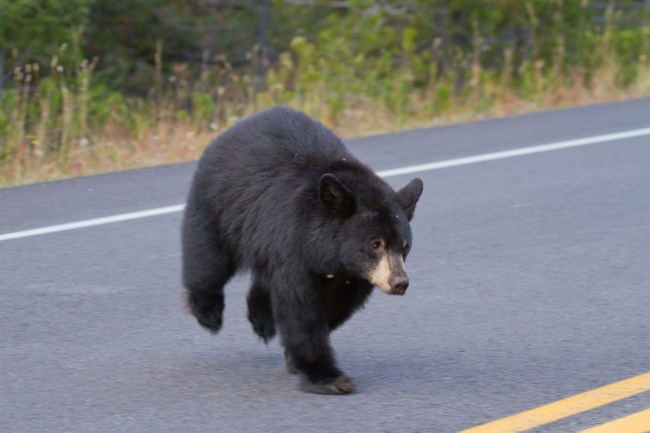 Black bears and people generally don’t get along but one thing the animals and humans can agree on is that Mercedes makes a fine-looking automobile.

This black bear from North Carolina wanted to get a closer look at the car’s interior or possibly eat whatever food – or person – was still inside.

Christina Fuentes and her friends were settling into a cabin in Asheville, North Carolina. Suddenly, the black bear shows up and attempts to break into the car parked in the driveway.

One of Fuentes’ friends asks if the door is locked while another yells “Don’t fuck with the Mercedes!” Surprisingly, cursing and threats didn’t work to scare away the car enthusiast.

“It’s funny because before we had all started recording, Jacob said, ‘Bears can’t open car doors can they?’ Because we were all trying to remember if we had locked the doors.”

They were completely surprised that the bear, whom they’ve nicknamed Charles, got up on his hind legs and opened the door with no problem. “I knew bears were smart but didn’t know they were that smart!” she says, adding that the bear left huge dirt paw prints all over the car after he ran away.”

The group started screaming, startling the bear, and making him run for the hills.

The reaction of all the friends isn’t as funny as the bear’s reaction after getting caught red-pawed trying to take a look inside the car.

Fuentes told the website it’s not the first time the group spotted a black bear in the area. Just a few weeks prior, her friends spotted a bear, but the animal stayed away from the cars.

It must have been a crappier ride.