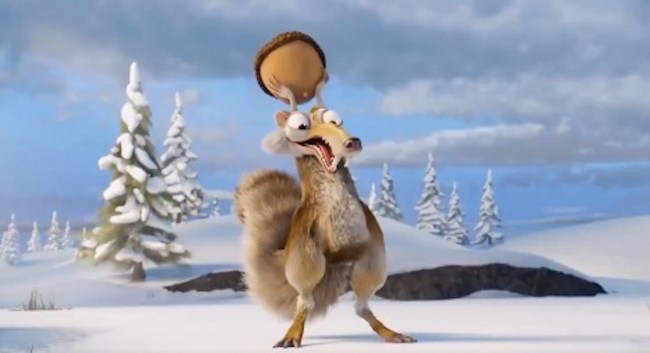 As a result of Disney’s acquisition of 20th Century Fox a few years ago, Blue Sky Studios — the animation house behind the likes of Ice Age, Robots, and Rio — closed its doors, as the Mouse House likely felt they were already dominating the genre with Disney Animation and Pixar.

Officially closing their doors earlier this week, Blue Sky Studios released one final video of Scrat, the beloved squirrel that was actually the first Blue Sky character to ever appear on the big screen, finally getting his acorn.

Scrat finally gets the acorn as a farewell to Blue Sky Studios.

“In the final days of Blue Sky Studios, a small team of artists came together to do one final shot. This shot is a farewell, a send-off on our own terms.” pic.twitter.com/Z9QmNEX4x1

First released in 2002, Ice Age starred Ray Romano, John Leguizamo, and Denis Leary, as a group of animals at the dawn of the ice age. The film was nominated for Best Animated Feature at the Academy Awards (it ultimately lost to Spirited Away, one of the greatest films ever made, animated or otherwise), Ice Age went on to gross $383 million against its $59 million budget.

The film opened with Scrat accidentally creating a rupture in the Earth as he tried to store an acorn ahead of the upcoming ice age. The character, who would only occasionally interact with the main characters, would go on to become the studio’s mascot and appeared in all of the films in the Ice Age franchise.