Gather Round, Take A Fat Rip Of The Bong, And Dive Into ‘The Pixar Theory’ 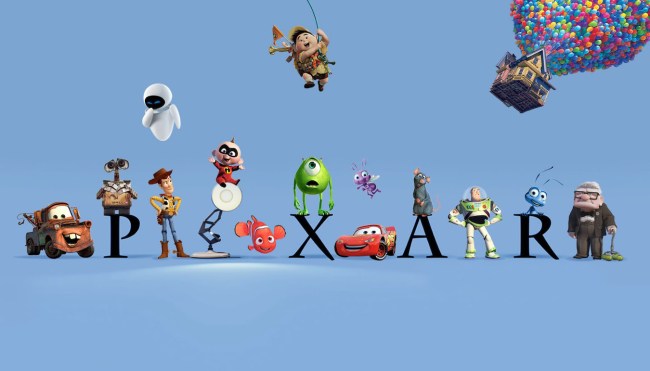 I spent virtually my entire weekend crushing Pixar movies. I’d yet to see Toy Story 4, so I began there and started to work my way backward, running through all of the more modern Disney-Pixar films that had slipped through the cracks of my life over the years: the new joint that just came out, Onward, then movies like Coco, Incredibles 2, Monster’s University, and Brave.

I know what you’re thinking: why the hell did you spend the weekend watching animated movies? Well… because what the fuck else am I going to do? I’ve seen all of the recently released movies — The Gentleman (good), The Invisible Man (also good), The Hunt (eh, alright), and The Rise of Skywalker (dog shit) — and there’s just something about Pixar that warms the soul. These movies are crafted to not only entertain and inspire children but to keep parents from wanting to blow their brains out before the third act even begins.

So, considering the current state of the planet, I decided my weekend was going to be spent taking in the child-like wonder that Pixar movies aim to instill. And it worked like a charm! I was crying like a little bitch by the end of Onward and Coco. But that’s beside the point. Because my point is not how I felt while watching the movies, but what I learned after watching them.

As it turns out, there’s something called The Pixar Theory out there, and according to The Pixar Theory — similar to, let’s say, the Marvel Cinematic Universe — all of the Pixar films, from the original Toy Story to the brand new Onward, are connected and exist within the same universe.  Now here’s where it gets trippy.

According to the theory, within this universe, there’s some sort of planetary power struggle between humans, animals, and machines that leads to, I don’t know, an uprising (?) against mankind. Somewhere along the way, humans leave Earth, and then return to Earth, and then evolve into monsters? There’s also magic involved? It’s wild shit. Frankly, me typing out the theory will only muddy the waters, so you’re better off just diving into videos about the topic on your own.

The part that hooks me is the existence of Buy n Large, which is essentially an Amazon-esque conglomerate that pops up all across the Pixar universe, but particularly in Wall-E, where it becomes clear that this company has infiltrated human life to such an extent that it’s also the government.

So, you buyin’ it? While I have my doubts that a computer animation studio has spent the last two decades spreading subliminal messages about human nature through their children’s movies, there’s just something about all of this that makes me want to believe it.

P.S. Since I know you’re just *super* curious, below you can find my complete Pixar movie rankings, broken down into three categories — God Tier, Respectable, and Nope: 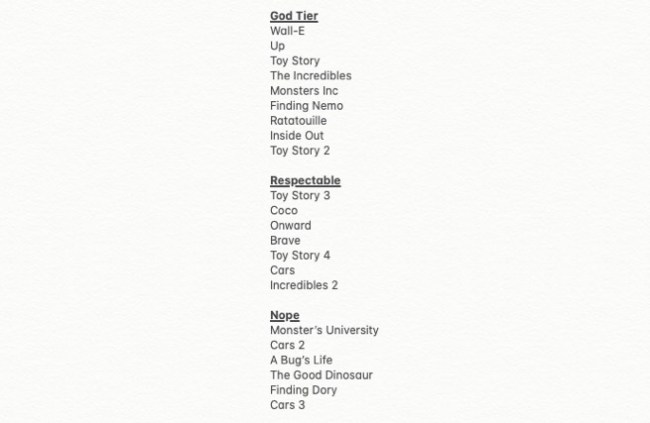