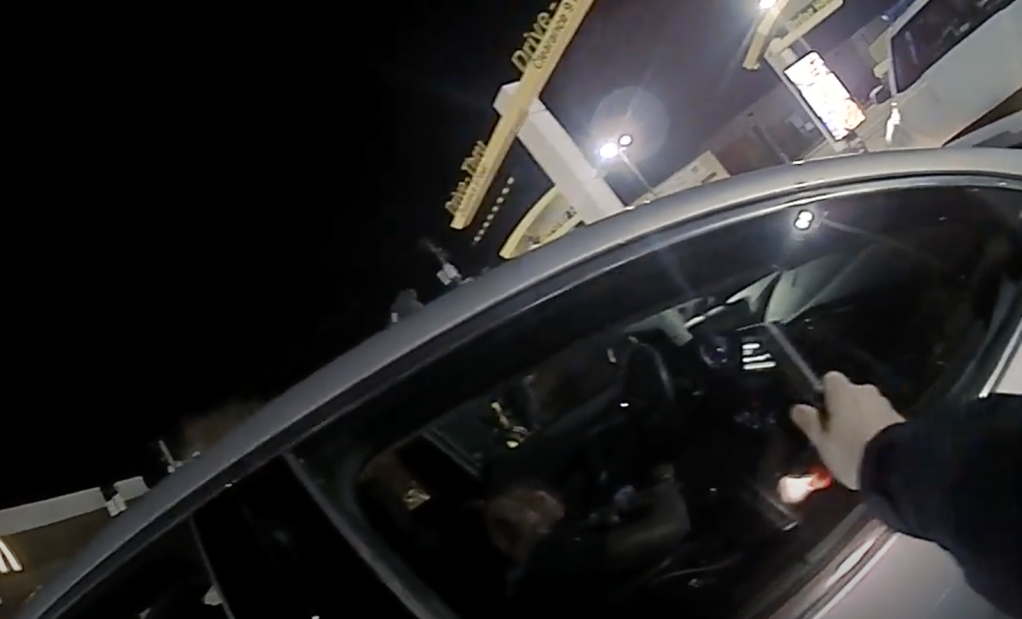 Ohio State Football safety Marcus Hooker was arrested and charged with an OVI on March 13th after police found him asleep at the wheel in a McDonald’s parking lot. In Ohio, there’s really no difference between an OVI and a DUI, they’re on in the same.

Police have no released the body camera footage from when they found the OSU Junior asleep at the wheel and really the only reason I’m sharing this is to show everyone the extreme lengths these officers went to wake him up.

In the body cam footage, we see the police tapping on the windows with their flashlights, shaking his vehicle, turning on their police sirens. The officers spend minutes trying to wake the player up without an incident and nothing worked so they had to crack the passenger side window because the vehicle was still in drive and his foot was on the brake.

According to Cleveland’s FOX 8 News, the siren was intended too “hit him with the whoops” which worked for a millisecond when he awoke before going back to sleep. One officer stated “I’ve never seen a guy this out.” After exhausting all of their other options, police broke the passenger window and Hooker was removed from the car and placed in handcuffs.

Once officers verified his identity, they removed the cuffs and went through field sobriety tests which Marcus failed and was consequently charged with an OVI. He also refused a breathalyzer test. Now he awaits arraignment on April 12th after it was rescheduled from March 19th, according to FOX 8 News.

The report goes on to include that Marcus Hooker was charged with a DUI in 2018 in Pennsylvania and he was suspended by Ohio State Football at that time and redshirted that season. After this recent incident, he has been suspended indefinitely by OSU as this is his second OVI/DUI citation.

I witnessed something similar to this once in Tallahassee at the Whataburger drive-thru after the bars closed. I was stuck behind a car forever in the drive-thru until finally realizing the driver was passed out. So I went around them. Then after like 15 minutes of that car not moving, the second I get around them and start giving the drive-thru my order the driver’s foot slipped off the brake and they rear-ended me. There was no real damage and I honestly have no idea if the cops were called or not because we didn’t hang around. End of story.