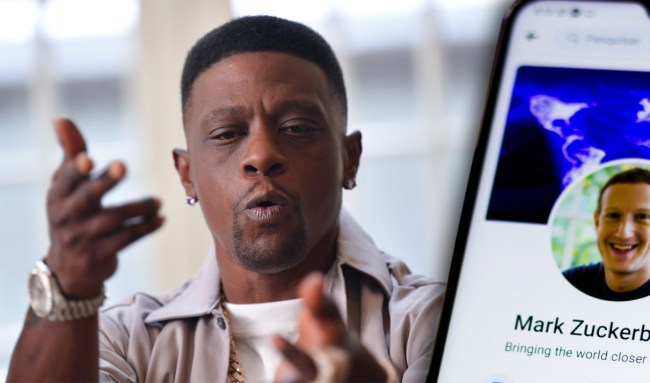 Boosie Badazz claims he was the victim of racial discrimination when Instagram banned him so he’s suing Mark Zuckerberg for $20 million.

In an interview this week with Vlad TV, Boosie talked about how his Instagram account was shut down back in August for repeatedly violating policies, according to Facebook.

According to him, the only reason his account got disabled was because he is black.

He also claims that the Instagram ban caused him to lose income because it was one of the only ways he was making money during the pandemic as he couldn’t perform any live concerts.

Boosie also claims the Instagram bad caused some of his business ventures to go belly up.

“He made one of my business ventures go down, I’m filing a lawsuit against him now,” Boosie told Vlad TV.

He figures $20 million should about cover the damage that has been done and wants the billionaire Facebook founder to pay up because he believes it’s personal.

After his account was shut down, Boosie went on a rant about Mark “Zuckinberger” and he now thinks that’s why he can’t get his original IG account back.

“I’ve got over 200,000 people writing statements who have done way worser things than I put on my Instagram,” said Boosie. “And their Instagram has been taken back and given to them over and over. This is my first time my Instagram has been taken back from me. So, you can give two million people back their Instagram. This is discrimination. Someone is mad because I said their name wrong so they are trying to chastise me.”

No word on a court date as of yet.