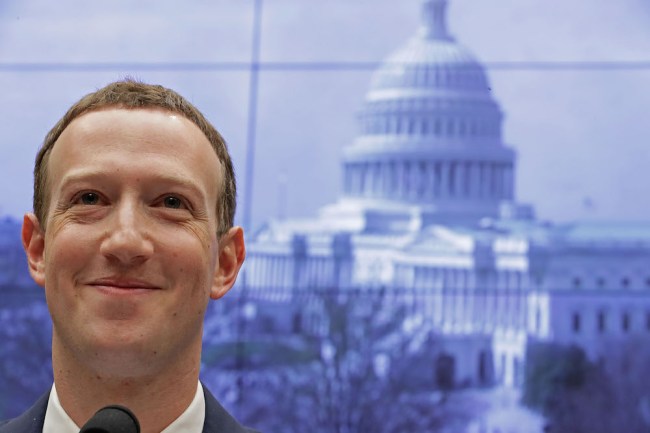 According to reports, Mark Zuckerberg spent two months of 2019 warning President Trump and administration members about the “dangers” of rival tech company, TikTok.

This was a deliberate move by the Facebook creator to turn Washington against the Beijing-owned company, knowing full well his company was launching a rival version of the platform – Reels – in the coming year.

In September Zuckerberg, Facebook’s CEO, held a series of meetings with political figures – among them Tom Cotton, the Republican Senator for Arkansas and a man known to have the ear of the president.

In October Cotton and Chuck Schumer, the most senior Democrat in the Senate, wrote a letter to intelligence officials demanding an inquiry into TikTok.

That inquiry led, this spring, to concern from Donald Trump – who has now told the Chinese owners of TikTok to accept an offer to buy the company, or else be banned from the U.S.

Also in October, Zuckerberg spoke at Georgetown University, describing TikTok as being at odds with American values.

‘On TikTok, the Chinese app growing quickly around the world, mentions of protests are censored, even in the U.S.,’ he said in his speech.

‘Is that the internet we want?’

Days later, Zuckerberg reiterated his concerns about China during a White House dinner with Trump, the president’s son-in-law Jared Kushner, and Facebook board member Peter Thiel, who has been a backer of Trump, sources told The Wall Street Journal.

Over the last year, TikTok has gained more than 100 million U.S. users and is seen as a major threat to Facebook’s social media dominance.

In July, Kevin Mayer, the CEO of TikTok, publicly accused Facebook of trying to unfairly squash competition while numerous TikTok stars claimed they’d been offered hundreds of thousands of dollars to switch over to Reels prior to its launch.

The Wall Street Journal is also reporting that Zuckerberg’s team “reached out to members of Congress who are tough on China and asked them why TikTok should be allowed to operate in the U.S., when many American companies, including his own, cannot operate in China.”

This is a fascinating turn of events considering Facebook spreads fake news faster than any other social website.

Cody Rhodes Discusses The Internet Reaction To His New Tattoo