Boosie Badazz Is Holding A Thanksgiving Day Concert Despite COVID-19 Restrictions, Getting Shot 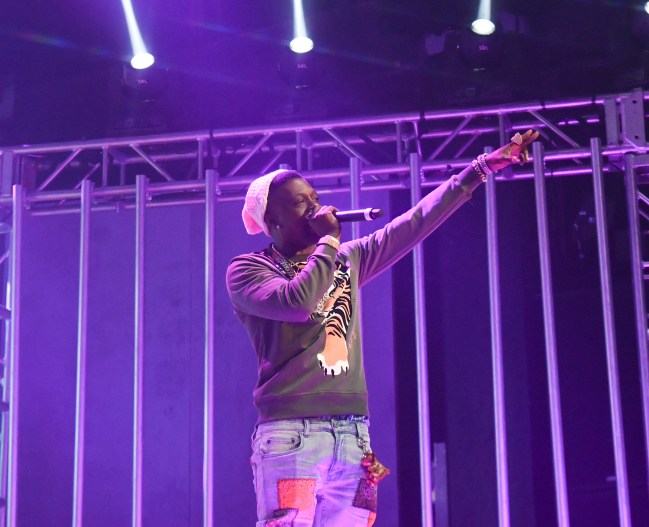 Boosie Badazz is throwing a concert in South Carolina on Thanksgiving Day despite coronavirus numbers rising across the country and recently recovering from being shot. The Louisiana rapper posted a video of his children playing in the backyard yesterday and and his injured foot can be seen in a bandage.

He was reportedly shot in Dallas, Tex. earlier this month but it appears that neither his recovery nor a global pandemic will stop him from turning up with his fans at a club in Charleston. He notably threw a pool party back in July and also announced that he will be throwing a separate birthday bash on Saturday, Nov. 28.

Boosie was forced to create a new Instagram account after his original profile was banned earlier this year and has been in the center of quite a lot of controversy throughout 2020 and continues to deal with the backlash over his comments on Dwayne Wade’s transgender daughter. On his new account, he has repeatedly explained how much pain he has been in since suffering from the gunshot wound this month. It appears as though he is now on the mend, after initial false reports that he may be forced to amputate his leg, and is expected to make a full recovery.

It seems as though the pain can’t be too bad anymore if he’s about to turn up on a stage on a holiday that is made for relaxing. Say what you will about Mr. Badazz, but he does not mince his words, does not care about your opinions, and will do what he wants. Right or wrong, there is something to be said for that.