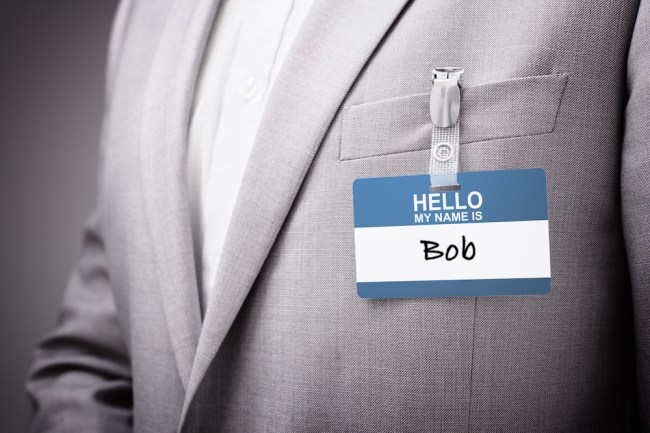 If your boss is named Bob, Bill, John, or any other boring name, there’s a strong chance his leadership style is just as mundane.

Our theory explains why CEOs with uncommon names tend to develop a conception of being different from peers and accordingly pursue strategies that deviate from industry norms.

We further suggest that the positive relationship between CEO name uncommonness and strategic distinctiveness is strengthened by the CEO’s confidence, power, and environmental munificence.

According to findings, CEOs with more interesting names tend to be “the boardroom disrupters” and use unconventional leadership styles.

“Successful professionals who have uncommon names tend to view themselves as more special, unique, interesting, and creative,” explains the study. These people are more willing to make more unconventional and risky moves, while the Bobs and Bills of the world tend to play it safe.

The researchers said that name alone doesn’t technically make a good or bad leader, however, “the combination of self-perceived uniqueness that comes from an uncommon name combined with the power and resources of leading a company makes for a perfect cocktail of confidence and eccentricity.”

Think back to your own work experiences to see if this research and theory checks out. I’ve worked for a John, Pete, Dave, and a Dan. Every single one was incredibly dull.

And if your new boss is named Karen, run.

There’s a good chance you’re name is Bill, Bob, John, or another boring name. In that case, stick with Bob for as long as possible.

If you want to know what your name says about you, or about the man or woman signing your paychecks, try this handy quiz.