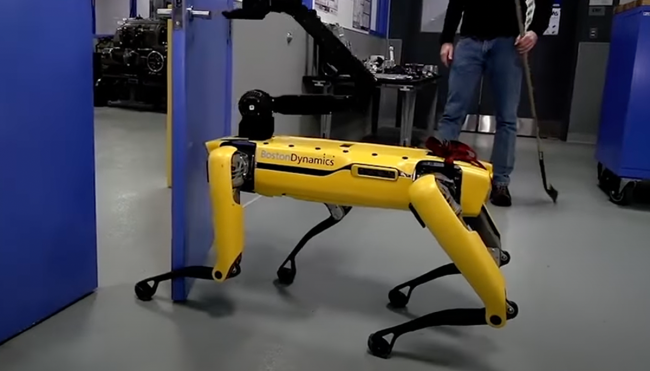 A number of high-profile thinkers have issued warnings like the one Winston Churchill brought up during a speech in 1948 where he echoed the sentiment of a Spanish philosopher by famously saying, “Those that fail to learn from history are doomed to repeat it”

It’s a timeless message that’s sadly been ignored more times than anyone can count. However, as society becomes more cripplingly reliant on technology with every day that passes, I think we need to update that phrase for the 21st century by stressing those who refuse to learn from science fiction are doomed to usher in a new era where humanity is ruled by the robot overlords they willingly created.

I used to think people who genuinely believed it could only be a matter of time until the reality depicted in the works of Isaac Asimov and episodes of Black Mirror were being incredibly paranoid. However, that’s no longer the case, as there have been a number of fairly alarming developments over the past few years that make it seem like those prophecies could be fulfilled in the very near future.

Many of those have come courtesy of the folks at Boston Dynamics, a company that apparently doesn’t think there are any downsides to building robots capable of completing complex tasks and can learn from their mistakes with the help of artificial intelligence. This includes the four-legged demonspawn affectionately referred to as “Spot,” a robot dog that can communicate with its fellow artificial canines and even fight off attackers if faced with a threat.

Based on what’s recently unfolded, it would seem like some information about how you might be able to do the same if the tables turn could come in pretty handy.

Last year, the Air Force announced it would be deploying a squad of them to provide security at a base in Florida, and last month, the French military also harnessed Spot during a training exercise. The NYPD has also decided to get in on the action by dispatching the robots during hostage situations and tapping them to help patrol crime scenes.

Now, we’ve gotten another glimpse at our impending dystopian future after someone filmed Spot walking into a building at a public housing complex in Manhattan earlier this week.

Nah they really got these robot police dogs in NYC. This is wild pic.twitter.com/iG7CTPFevH

After that video began to make the rounds, I stumbled across a few tweets from someone who took a closer look at` Spot’s de facto manual back in February. Based on the investigation, it appears it’s actually shockingly easy to disable the robots, as you can do so just by ripping out the surprisingly accessible battery or simply hitting a button on the back that will cease all motor functions.

If you are a bystander and can get BEHIND spot, don't hit the power button, hit the OTHER button – it physically disconnects the motors.

Spot can also be countered with booby traps easily.

If you're armed, shoot center-of-mass as normal. The lithium pack is huge and not armored pic.twitter.com/d7jXBX2vvt

It would appear that simply throwing a blanket on top of Spot is enough to render it useless, and if you’re willing to shell out some cash in the name of caution, you can also buy a WiFi jammer that will eliminate the threat.

A WiFi jammer based on an ESP2866 is $40 on Amazon, just sayin. pic.twitter.com/GlY92fsAtt

It’s worth noting the French ran into a bit of an issue when the battery simply died in the middle of the aforementioned exercises, so all you really have to do is bide your time.

If we’re learning from history, it probably won’t be long until Boston Dynamics figures out a way to address those issues and make all of this advice obsolete. However, it won’t hurt to have it ready to deploy if the situation calls for it before we reach that point.