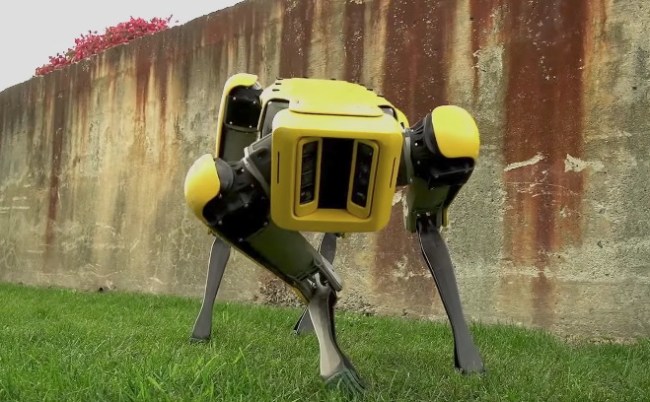 Black Mirror might be a fictional show but it’s done a terrifyingly uncanny job predicting the future of technology’s impact on society as real life increasingly continues to imitate art at an alarming pace.

The series came hot out of the gate with a pilot featuring the British prime minister having sex with a pig, which seemed incredibly farfetched until it was revealed David Cameron might have actually done something similar when he was a younger lad.

However, that’s not the only time the show has been uncomfortably prophetic. In addition to essentially predicting the election of Donald Trump, it dreamed up the idea of social credits before they became a thing in China and foreshadowed an app that lets you talk to dead people.

The most recent season of the show featured an episode called “Metalhead,” which depicts a world where killer robots roam the planet.

While it might not reflect our current reality, it seems like Boston Dynamics is doing everything in its power to get us to that point based on some of the robots the company has dreamed up.

The bloodthirsty hunters in “Metalhead” are essentially a carbon copy of the dog-like machine Boston Dynamics unleashed upon the world a few years back, which can now perform a number of terrifying tasks including the ability to fight back against any human that gets in its way.

Who the hell thought that was a good idea?

Now, Boston Dynamics has returned with a new video featuring a group of its Spot robots working together to pull a truck and, welp, humanity had a pretty good run.

I for one welcome our kind and benevolent robot overlords.