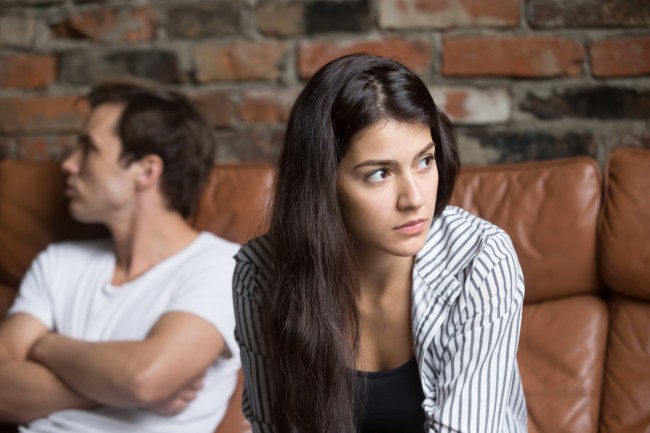 There are certain ways to deal with your significant other when they drive you crazy. Yelling and punching a wall serves no purpose and solves nothing. Some people take a walk to calm down while others do deep breathing exercises. Then there is this dude who takes his frustrations out by trolling his girlfriend by editing her photos to make her look slightly ridiculous.

A Twitter user that goes by the handle of @Tgflx1 revealed the odd and spectacular way he gets revenge on his girlfriend when she makes him upset. The boyfriend funnels his anger into editing her photo by slightly enlarging her forehead. He doesn’t make her look like a Conehead or anything, but adds just enough real estate to her forehead that you give it a second glance.

He captioned the photo with: “Sometimes when my girl makes me mad I upload pictures with her forehead edited to be slightly bigger.”

Sometimes when my girl makes me mad I upload pictures with her forehead edited to be slightly bigger pic.twitter.com/lRaZiTAZ1A

These are levels of pettiness that I aspire to achieve. She comes off slightly Frankenstein-ish. The tweet went viral and at the time of publication, it had over 59,000 retweets and more than 338,000 Likes.

He added: “I normally don’t post them but this is an actual thing I just slightly or drastically inflate her head depending on the anger level lol.” Magnificent.

I normally don’t post them but this is an actual thing I just slightly or drastically inflate her head depending on the anger level lol pic.twitter.com/CC2T71oSBM

Then the girlfriend exacted her revenge on her boyfriend with an edited photo of him with testicles on his chin.

LMFAO I HATE YOU

Sometimes when my boyfriend gets me mad, I upload pictures with sacks on his chin pic.twitter.com/4EsmFrSP2a

People weighed in on the unique revenge tactic and one person said the photoshop made the girlfriend look like Pete Davidson.

Soon, other people were sharing their altered images of their significant others and friends.

Dude I used to edit my wife’s face in pictures and she never thought it was as funny as I did pic.twitter.com/w0jeWFRS4M

On God this how I flame my homies too 😭🤣🤣🤣🤣😭😭 you a funny guy bro pic.twitter.com/5AKOTdGVmv

Couples who maliciously photoshop each other stay together.